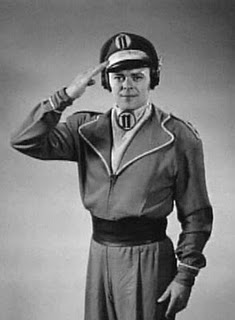 Captain 11 has signed off for good.

If you understood what I just wrote, then you must be from South Dakota or a bordering state. I grew up around Sioux Falls, South Dakota, and we knew a man named Dave Dedrick as “Captain 11” – the host of a kid’s show of the local television station, KELO. The Captain 11 show rain for many years — 1955-1996 — and was modeled after a similar show being broadcast out of Minneapolis. The ultimate honor for kids in the area was being able to be on the Captain 11 program; most kids have a memory of either being part of the show for their own birthday or tagging along with a birthday party group. I was on it a couple times, I think, although the memories are now so faded that they have become a composite of all I remember about the show in general. 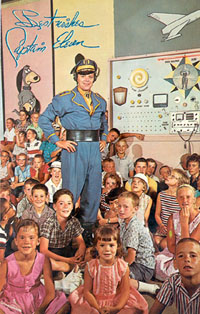 It was the end of an era, really — a holdover from the birth of TV and the genesis of shows like Captain Kangaroo. Captain 11 was more real to us than the other kid show hosts at the time, though, because this was a man that we actually saw out and about. Oh, it was like spotting Santa Claus out amongst us mortals! A Captain 11 sighting at the mall could keep us twittering for hours.

Like the other kid-oriented shows, Captain 11 was a show that gave kids a leader to look up to, and the show always ended with Dave giving his young audience a few pieces of advice: “Remember, gang, to mind mom and dad, eat everything they tell you to eat, brush your teeth and say your prayers, that’s the most important thing.”

Dave’s funeral is Wednesday.  Needless to say, local TV was never the same once Captain 11 went off the air.