I often run across goofy decorating ideas in old magazines — and that in itself is the fun in reading them — but I think I’ve found one that takes the cake.  Back in the ’80s, women everywhere were dressing according to their “season” — remember that?  I was an autumn . . . actually a cross between an autumn and a winter.  I even had a couple teachers in 6th grade who had a girlie bonding moment with my class by evaluating each girl for her “season.”  We thought it was the coolest thing ever.

Of course, in 1950, we all know that women were the queens of domesticity.  Therefore, after they spent their days making the house look like one out of a magazine spread, why not make the individual rooms also make the woman look like the room was built especially for her?  Yes, ladies, this was was the future: don’t waste your time choosing clothes that flattered your coloring.  Decorate the whole room to make you look good! 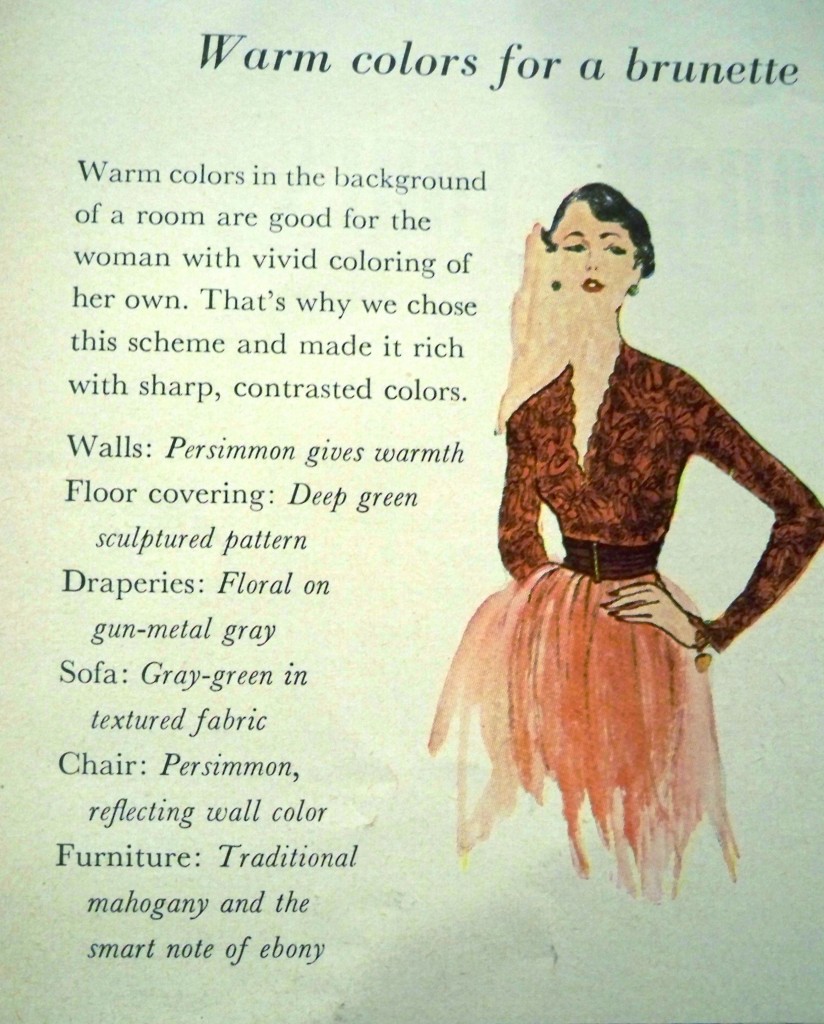 I think the greatest thing about these descriptions is how exact they are.  No, you may not just have floral curtains; they must be floral on gun-metal gray.  Woe be to the woman who screwed this up and chose a floral pattern on heather gray.  Hey, are those dark circles under your eyes, woman?  You look rather pale.  Did you not sleep last night? 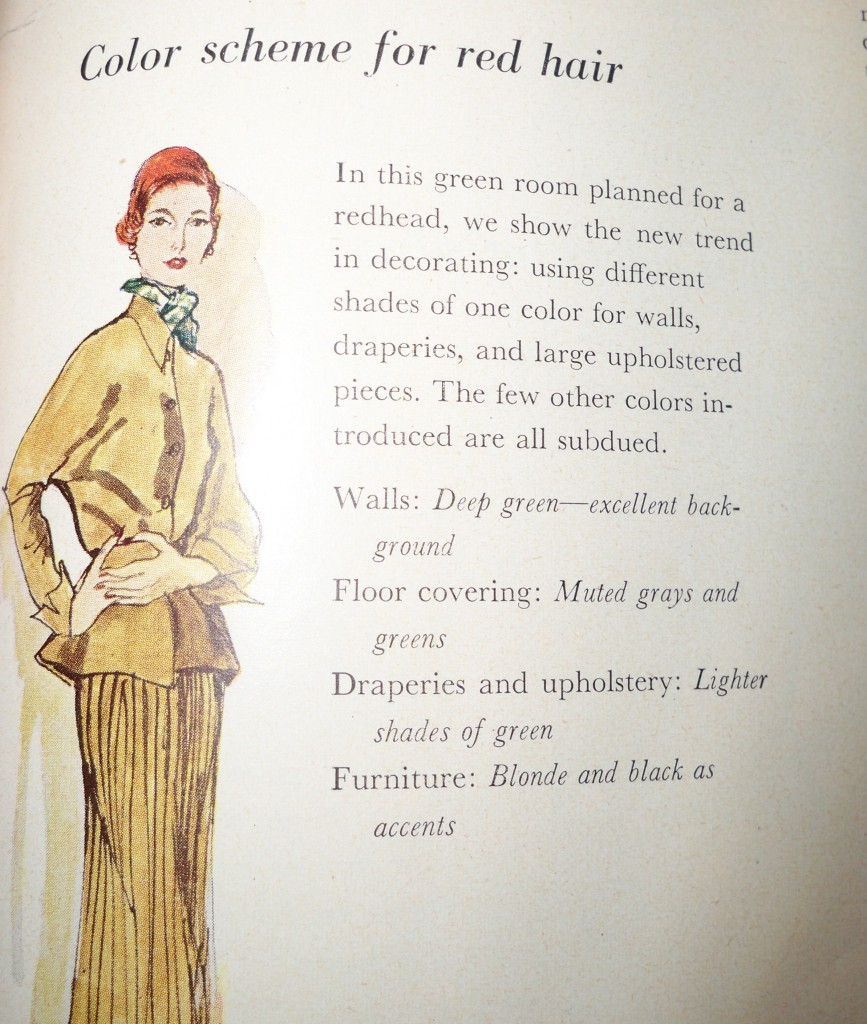 Now when she wears her “season” color of green she’ll just blend right into the walls and furniture!  Note how they thinly veil stereotypes about redheads by encouraging “large upholstered pieces.”  You know, because those redheads are so temperamental!  Their furniture must reflect that endearing quality. 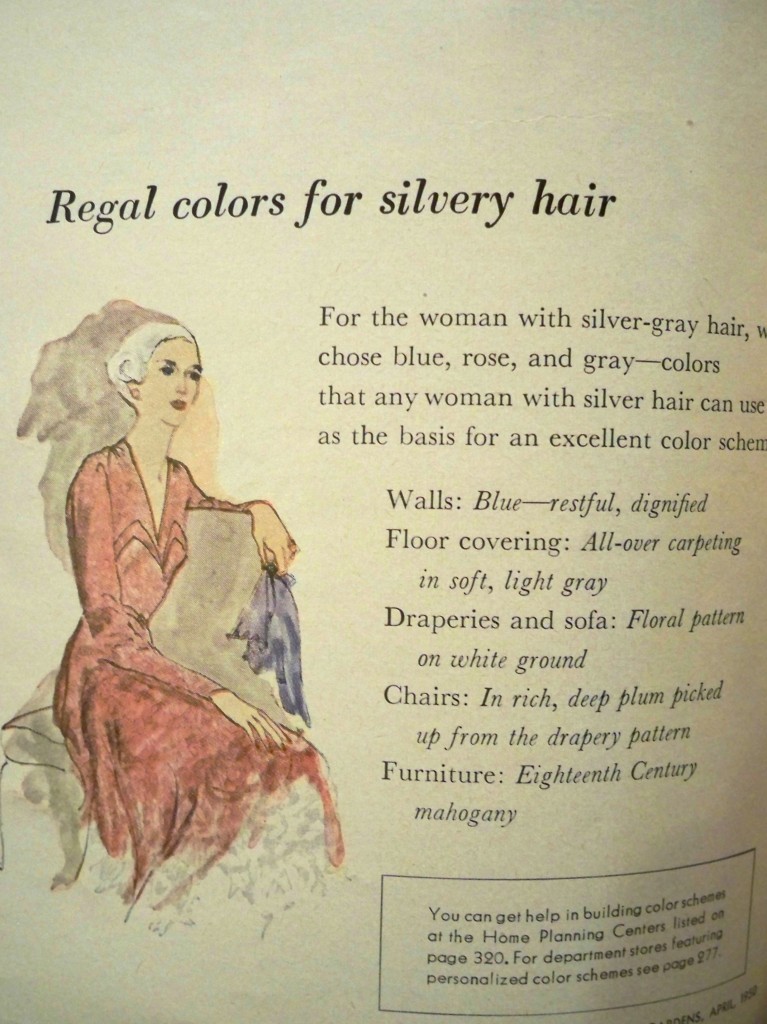 Yes, you go on and run right out to try to find some 18th century mahogany furniture!  What — you can’t find some in the local classifieds?  Ah, well . . . be prepared to just look like Mabel relaxing in her Midcentury living room rather than Queen Elizabeth on her throne.  Your loss, you old biddy. 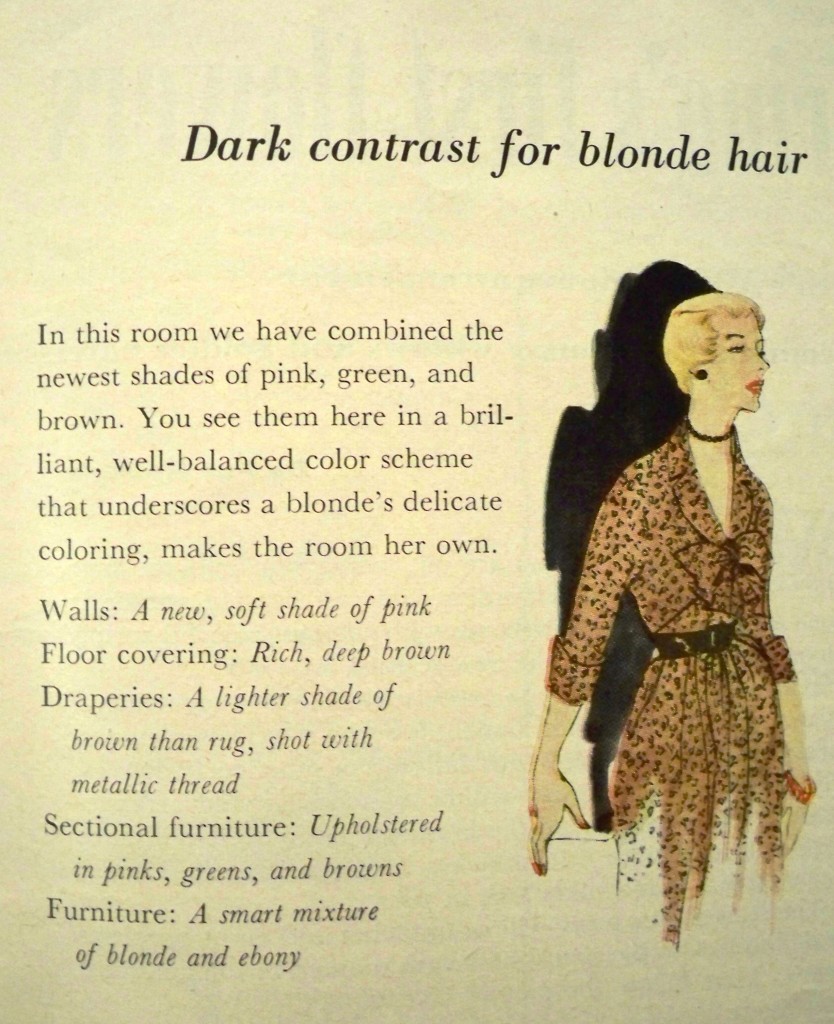 I think this room probably would appear to be the most schizophrenic of all of them. Both blonde and ebony furniture surrounded by sectionals colored in pinks, greens, and browns?   Oh, and don’t forget your draperies (don’t you dare go darker than the rug!) shot through with metallic thread.  Pinks walls surround it all to complete the pastel hell.   We now know what happened to Marilyn Monroe. 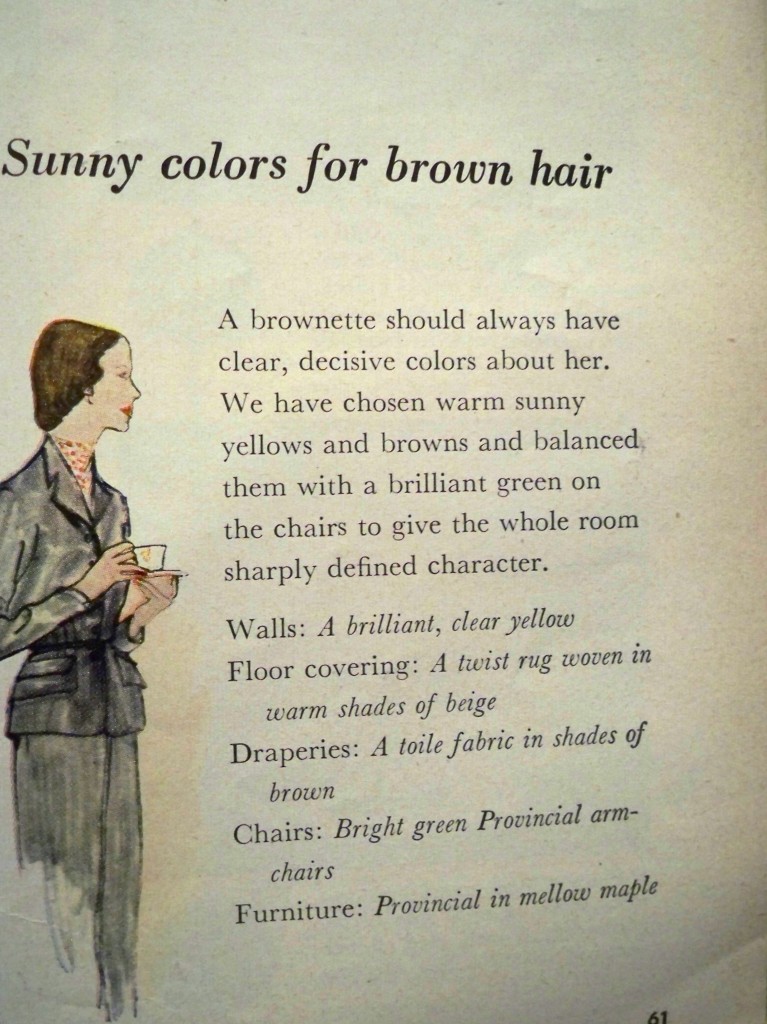 Hey, all of you . . . brownettes?  Well, whatever.  We know you’re not as ditzy as those blondes we just wrote about and that you need clear, decisive color.  We define decisive color as shades of brown.  Is there a more clearly defined color than brown, after all?  What — you don’t like that?  Well, OK . . . go ahead and throw in some yellow — if you dare.

Somehow, I think this concept didn’t quite catch on.