The last little things from the American Home magazines that amuse me are the little ads in the back that advertise everything from soup to nuts (so to speak). There were a lot of these in the December issue, understandably, since that issue would have gone out in November — prime Christmas shopping season. And yes, most of the gifts are very tasteful and sometimes kitschy. Some, however, are just . . . plain . . . scary.

First up is Katy Kangeroo. I’m sure this toy would have amused many a child in its time. What would be more fun than to have a mommy kangeroo with her own babies? There is something to be said for the delivery of those babies, though: 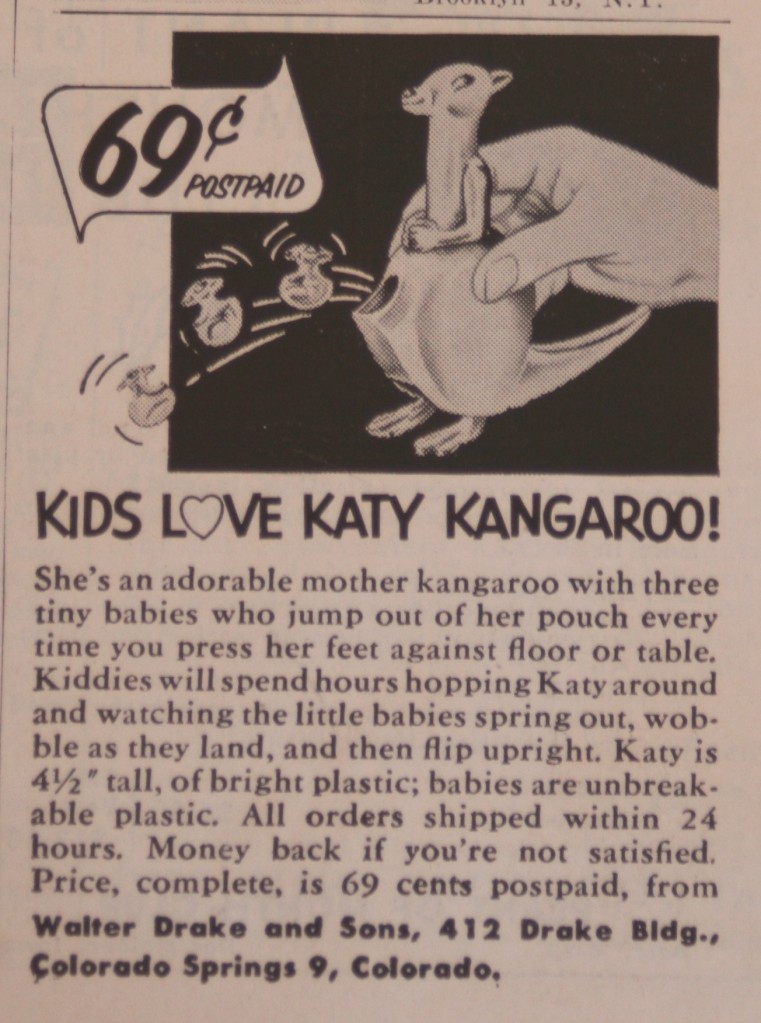 The text says that the babies “spring” out, but I would describe it as almost a violent shooting action.   The concept of Weeble-like babies is interesting.  At least kids didn’t have to feel distressed when the little kangeroo babies came shooting out and then went *SPLAT* on the kitchen table.   This toy might make the whole discussion about the birds and the bees just a tad more interesting.

Next up, a gift that others might find cute on their Christmas tree, but it just bothers me.   I understand having a cartoon Santa or something like that dangling from your tree’s branches, but when the figures get a little too lifelike, it takes on a creepy quality.

Figures of little kids dressed in candy cane costumes, hanging by their heads from the branches of your Christmas tree.  Again, it might be cute to some people.  There’s just something off about the whole setup.  I wonder how many of these Susan Smith sold?

And lastly, before there was Spencer Gifts, where the people of America could indulge the little child that lives in each one of us, there was the guy who made this: 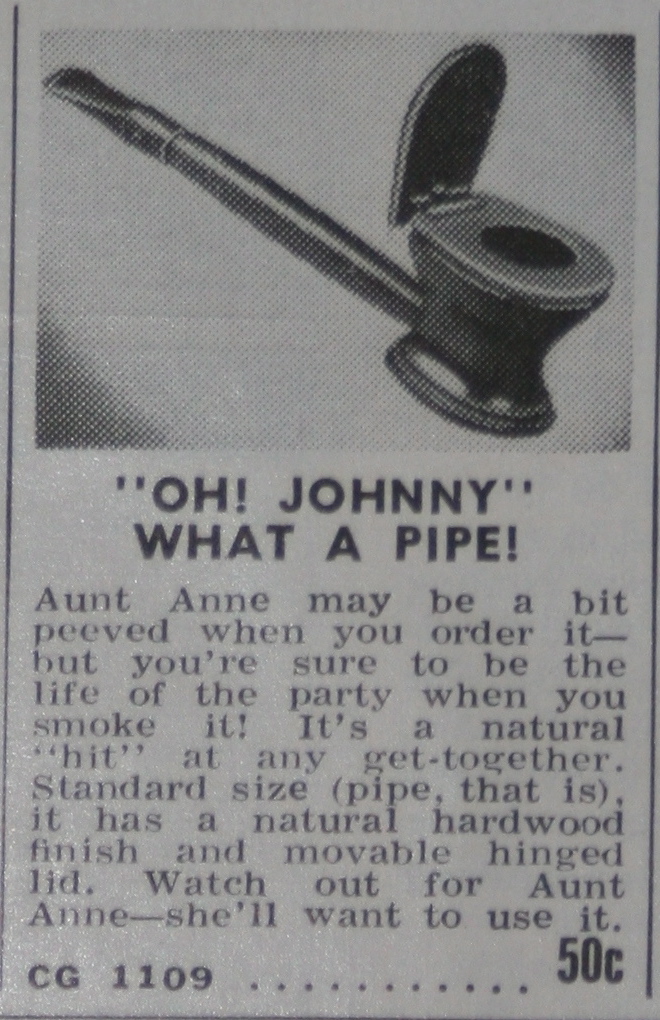 I’m a little confused about the Aunt Anne text, and why she would care what kind of pipe you smoked.  The text makes it sound like the pipe is for Aunt Anne, but then the end suggests that she will be green with envy when she sees you smoking it.  Because toilet pipes are all the rage, apprarently.  So does Aunt Anne stand around and supervise everyone’s ordering habits?  Still confused as to when, where, and how she fits into this story.

2 Replies to “Gifts to give, but not receive”