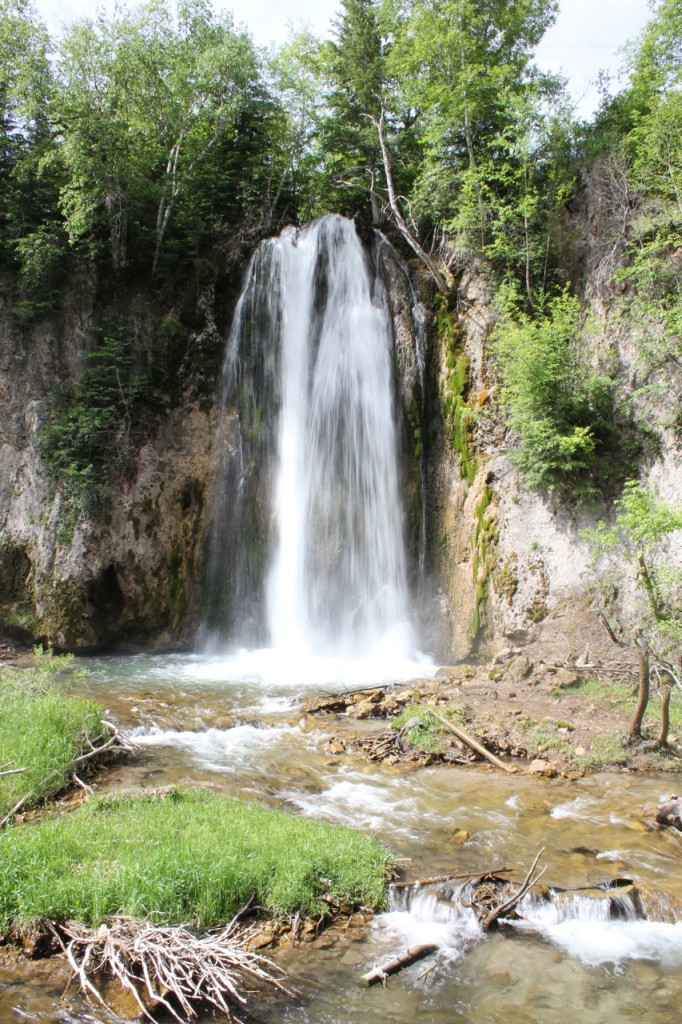 Although I have been to all the western states and a handful of the eastern states, I know I haven’t seen all the beautiful places in the United States, or the world, for that matter.  Someday I’d love to see the Smoky Mountains and the rest of North Carolina.  I’d love to see New York City and Boston for the historical sights.  I’d like to see the Civil War Battlefields for the same reason.  I don’t know if I’ll ever get to do those things, but it’s on my travel bucket list.

Last week my sister and I packed up the car and headed out with the kids to the Black Hills of South Dakota.  Growing up in South Dakota, I’ve been to the hills many, many times — for church camp five years in a row, for spring break trips, for random trips with friends and family, etc.   I’ve seen Mount Rushmore so many times that I could probably sculpt a mini version out of clay.  It wouldn’t be good or representative of the actual sculpture.  I never promised that.

When I was in my 20s I started going to Deadwood and became enthralled in the western history of that little town.  In the 80s, Deadwood was brought back from the dead by gambling.  The little town began to attract more and more tourists, which was good.  What wasn’t so good is that now the town is starting to lose its old west feel and is starting to take on an atmosphere of Vegas.  OK, maybe not to that extent, but I hate driving into town only to be greeted with a modern looking hotel.  Some of the older buildings have been razed and replaced with glitzy hotels or bars.  Little by little there is an artificial glaze starting to creep over Deadwood and it’s ruining it for me. I still love the town, but don’t want to spend a lot of time there as I had in the past.

As much as I love the Black Hills, being there makes me depressed about what it is becoming.  We stayed in a pretty touristy rental house in the Terry Peak region.  The house happened to be along the “main drag” of the rental houses and so there was a lot of traffic and a lot of noise.  I did not enjoy sitting on the deck listening to a loud party going on across the valley or hearing every word of the neighbors’ conversations as they hot tubbed.  I much prefer to experience the Black Hills in peace and quiet.  No neighbors.  No tourist traps.  That, however, is becoming harder to find as the years go by.

If you’re ever in the hills, make sure to reserve a couple of days to drive through Spearfish Canyon and through Custer State Park. 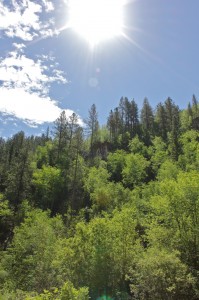 Depending on the day, the traffic can be heavy through both of those places, but I’d recommend going early in the morning to beat the other tourists out of bed.  Spearfish Canyon has a lot of stops you can make along the way — different waterfalls, historical sites, trails to hike, etc.  If you get there on a day like we had there — where it was mild weather and cloudless skies, you will probably stop to gawk at the awesome contrast between the blue skies, white rock formations, and green pines.  The colors are so vibrant that I was constantly trying to capture them with my camera.  However, without the help of Photoshop, the digital version is never equal to seeing it with your own two eyes.

Gold mining has always been a part of the hills since it’s been settled and today is no different.  Although the famous Homestake mine ceased operation some years ago, there’s a new one to take its place: the Wharf mine.  This thing is HUGE and is currently adjacent to the Terry Peak region.  There’s a little platform that visitors can go stand on to watch the operations, and my sister and I did take that opportunity.  It’s rather depressing, though.  There you have this open gaping pit that is a flurry of activity — then your eyes stray beyond the open pit to the miles of beautiful pines.  You can’t help thinking of what the same view used to look like without this eyesore of a mine.    Yes, I understand that the Wharf mine is providing millions of dollars in development funds to Lead and neighboring towns.  However, there’s no one who can argue with the fact that the thing is just plain ugly.

Despite having to view the mining operations, the hills have always been and will always be one of my favorite places on this earth.   Most people remember or know the Hills as the place where Mount Rushmore is.  I am here to say that seeing Mt. Rushmore is important and interesting, but after seeing it one or two times, the magic of the place is gone.  (Trust me … I’ve seen Mt. Rushmore about a dozen times.)  If you’ve never been to the hills before, go see Mt. Rushmore (and maybe the Crazy Horse memorial as well), spend some hours in Deadwood, and then spend the rest of your time soaking up the awesome scenery.   The hills are good for the soul; I truly believe that. 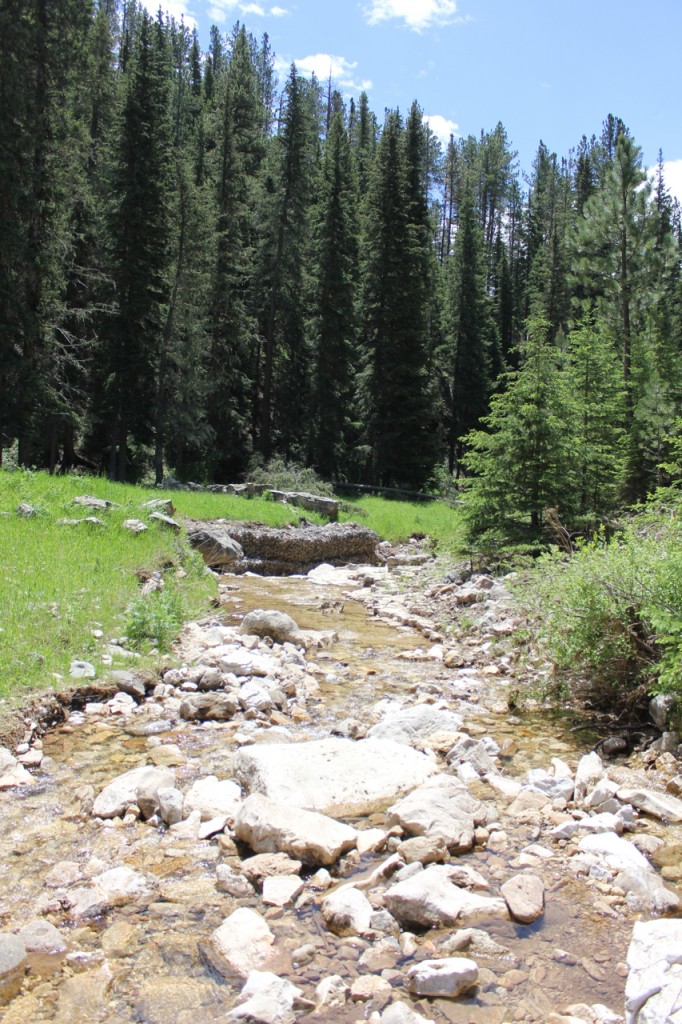 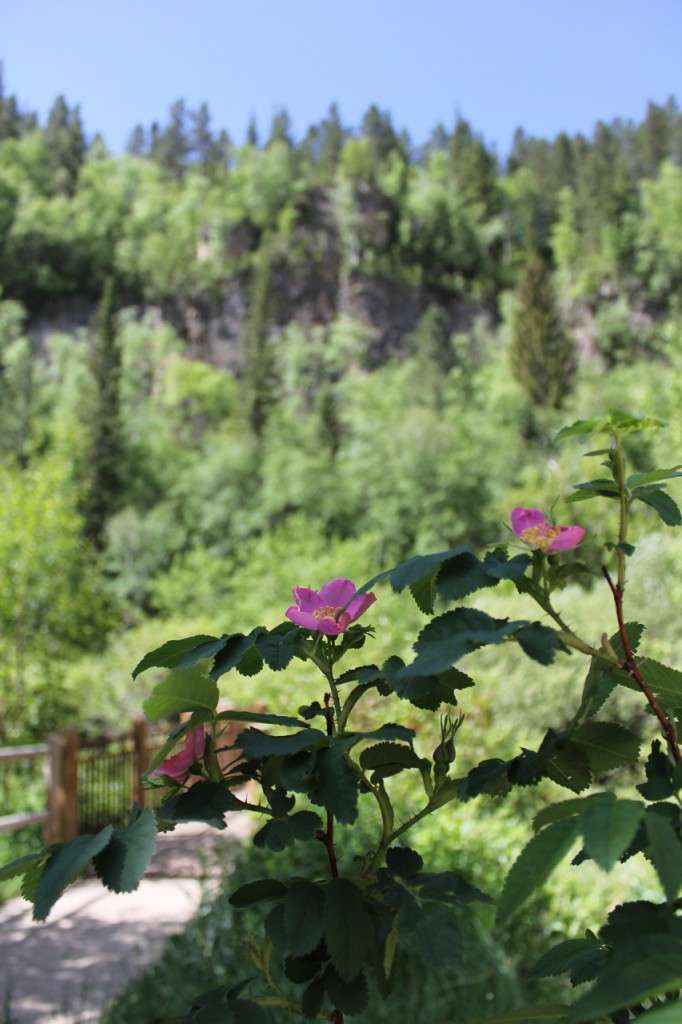