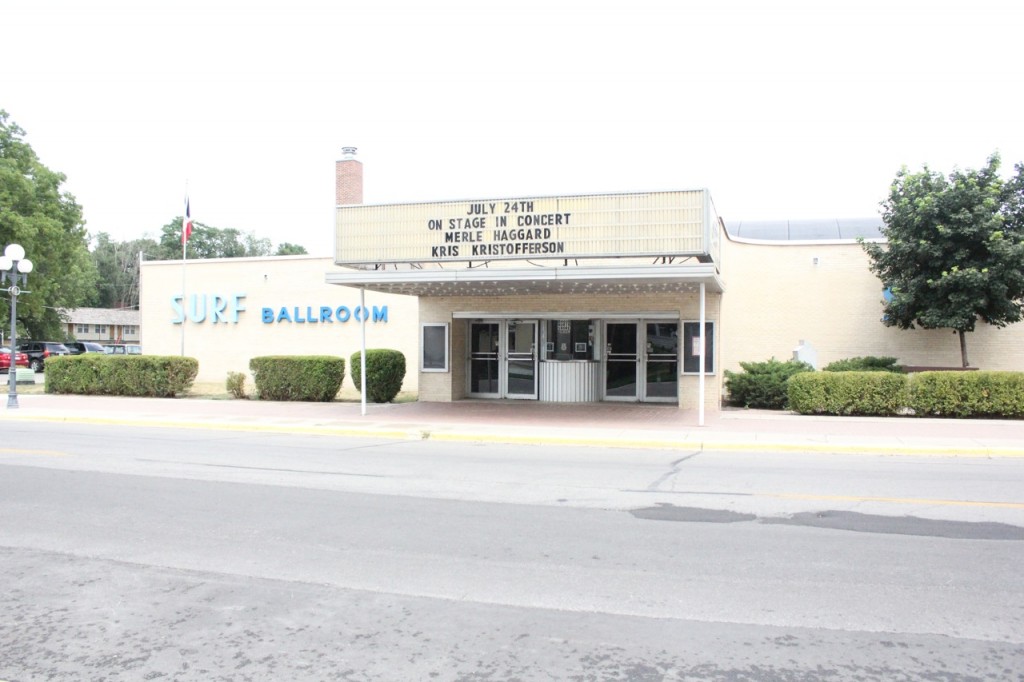 I’ve lived in Iowa for twelve years now, but it took me eleven years before I finally visited one of the coolest retro buildings around: the Surf Ballroom in Clear Lake, Iowa.  Doesn’t sound familiar?  It’s known as the last place that Buddy Holly, Ritchie Valens, and The Big Bopper played on the Winter Dance Party tour before their fateful plane crash on February 3, 1959.

The building is open during the day for tours, and the tours are totally self-guided.  The first time I was there, my friend and I were the only people there.  We wandered around for close to an hour.  This time there were some other tourists there, but not enough to ruin the cozy feel of being inside the Surf.

The preservation of this building was done with the utmost care, as retro-loving people are struck by all the great art deco and Midcentury elements that the building and decor still exhibit.  Visitors will begin noticing these elements as soon as they walk in the door. 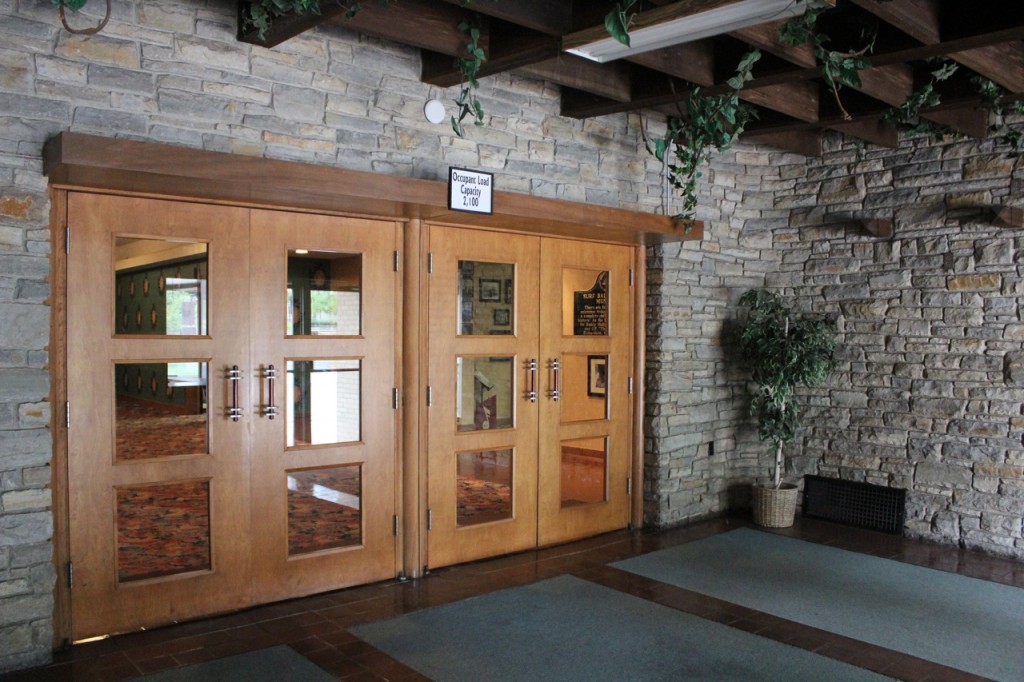 The coat check area has all the great qualities of early Midcentury design. 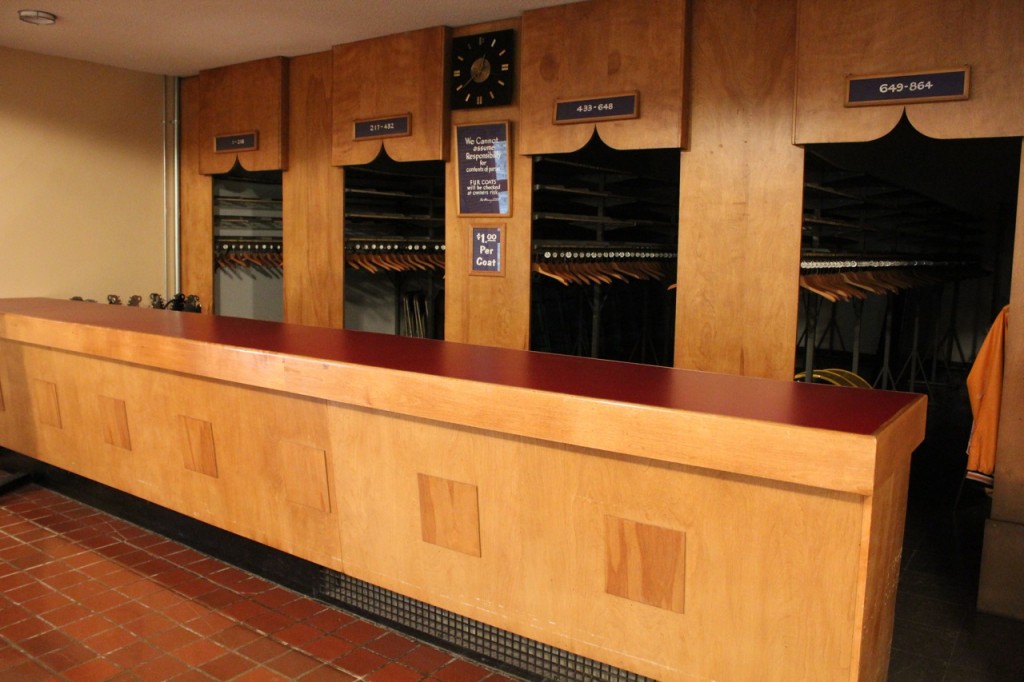 What’s really neat (and a little creepy) about this building, as I’ve mentioned before, is your ability to wander around the building at will.  No one is directing you where to go.  You can sit in a booth and look toward the stage and try to envision all of the famous acts that have played there over the years.  The ballroom area is kept quite dark save for the lights of the stage.  My camera lends far more light to this picture than will appear to the naked eye. 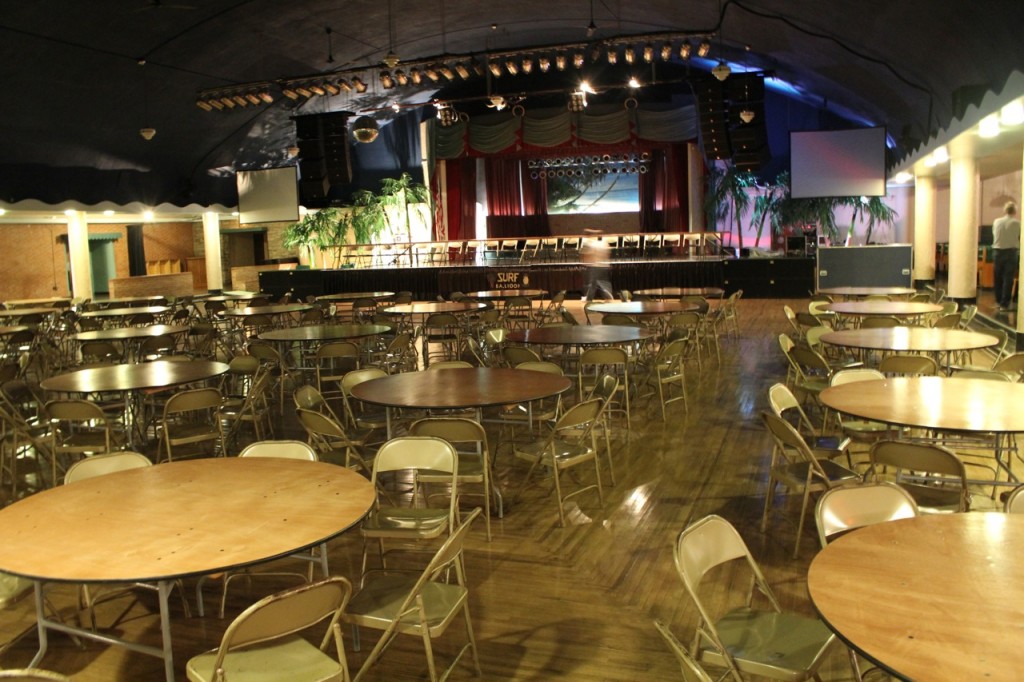 The booth tables are still sided with aluminum and still have the original reservation instructions. 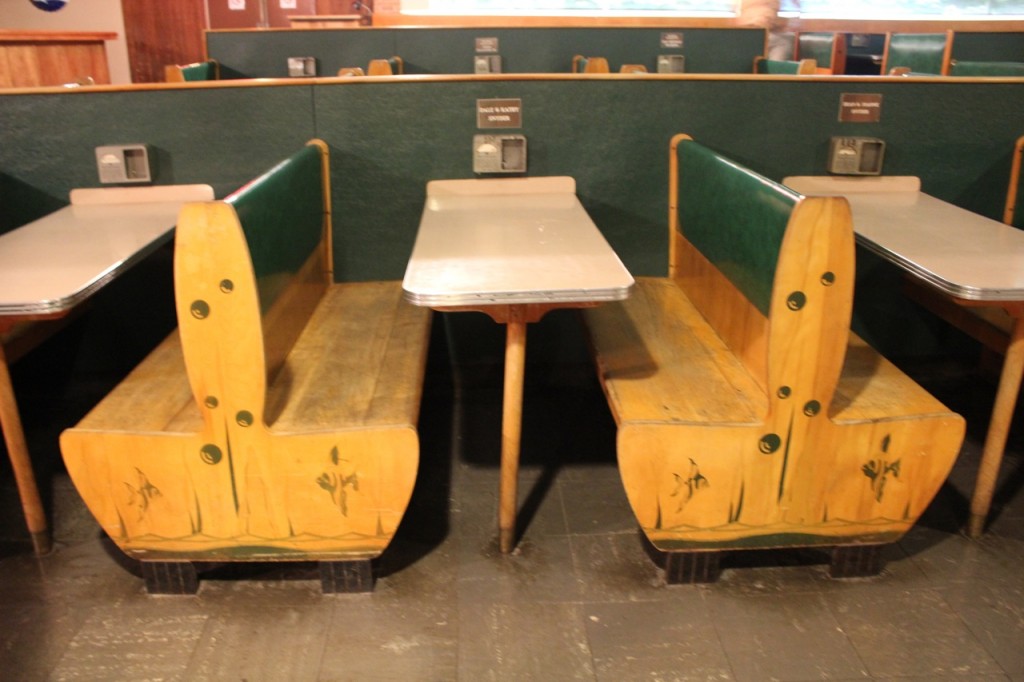 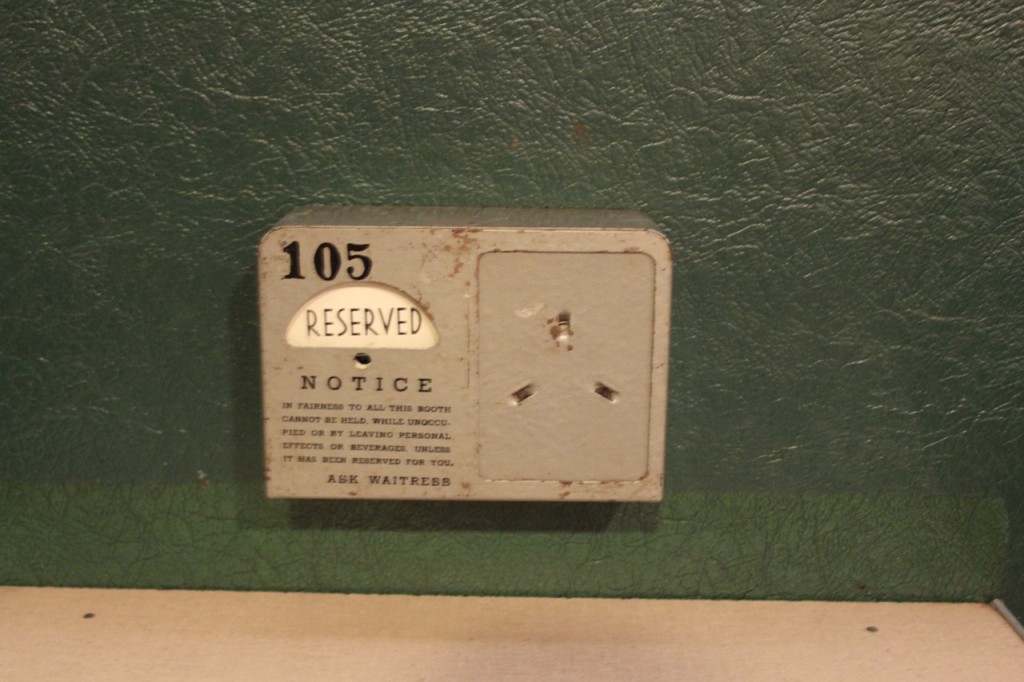 Visitors are free to roam up on the stage to see what the view has been for decades of performances. (I assume there had recently been a wedding dance here, hence the row of tables and chairs at the front part of the stage.) 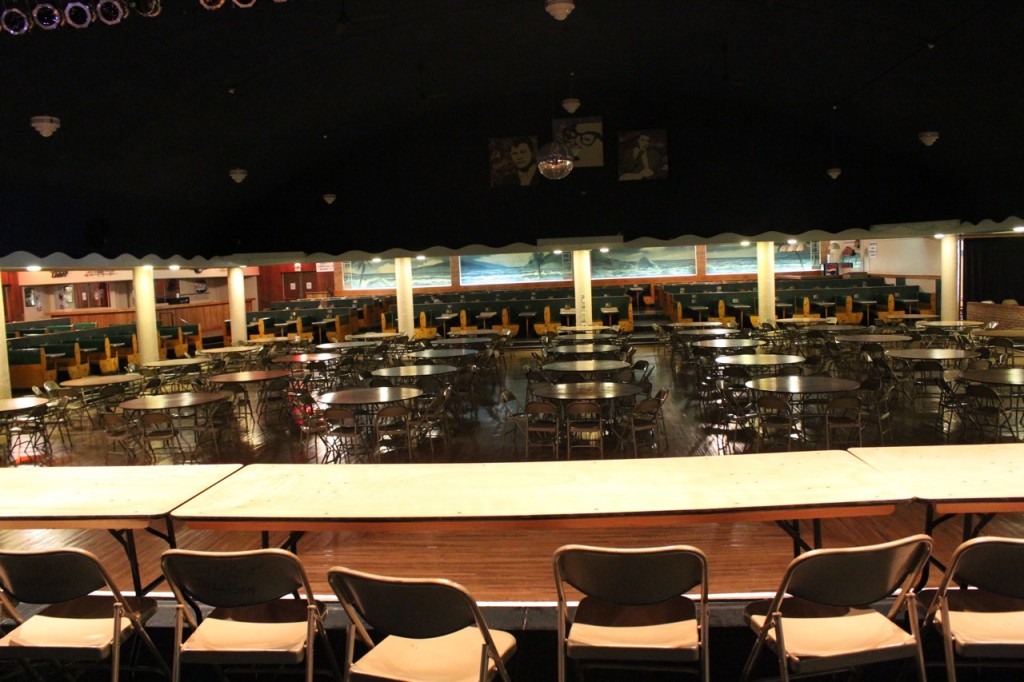 To the side of the stage is a little room for bands to get ready for their performance.  The walls are covered with signatures of all the people who have played the Surf over the past few decades. 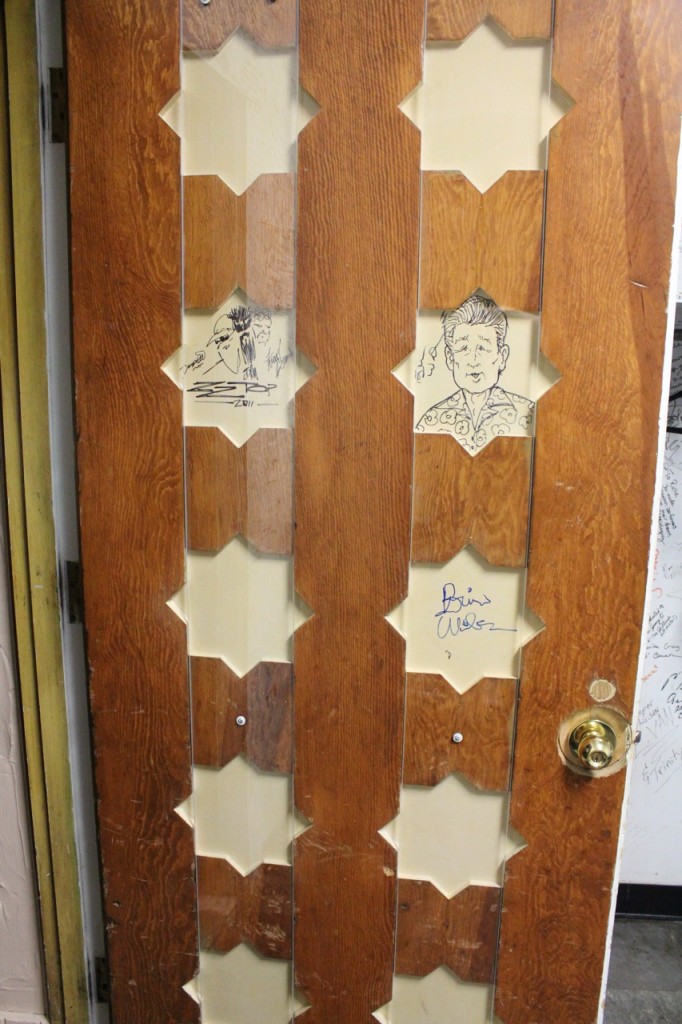 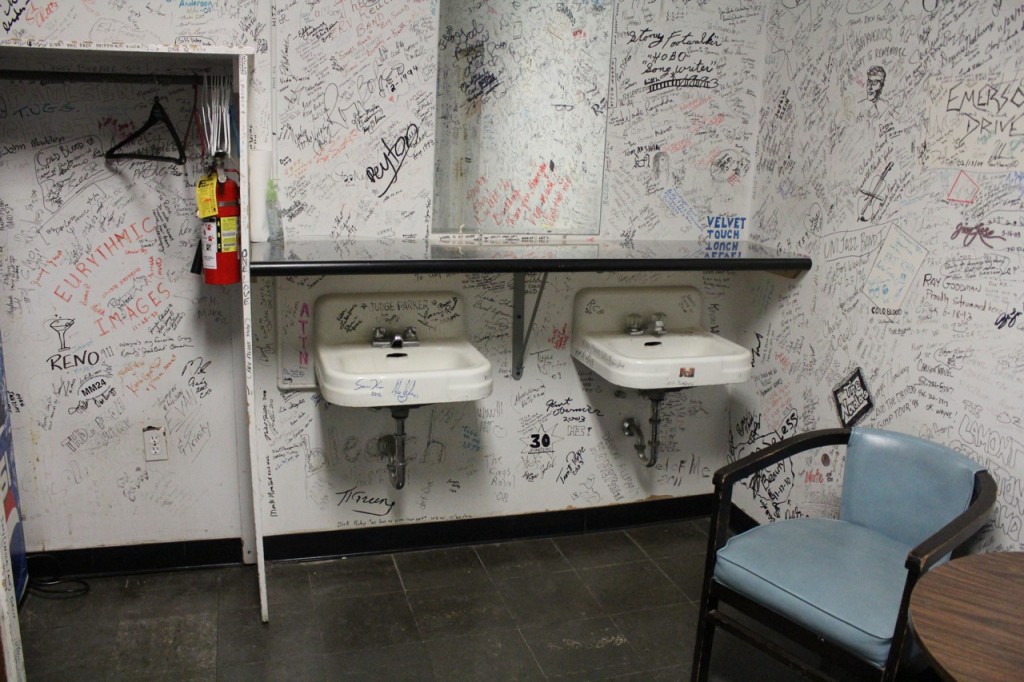 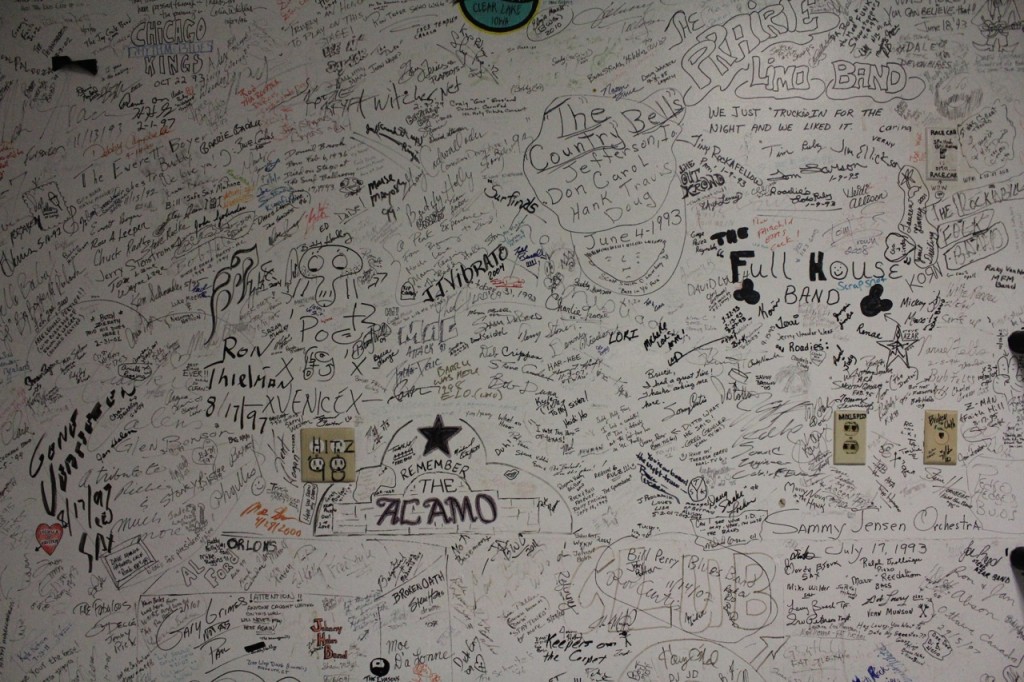 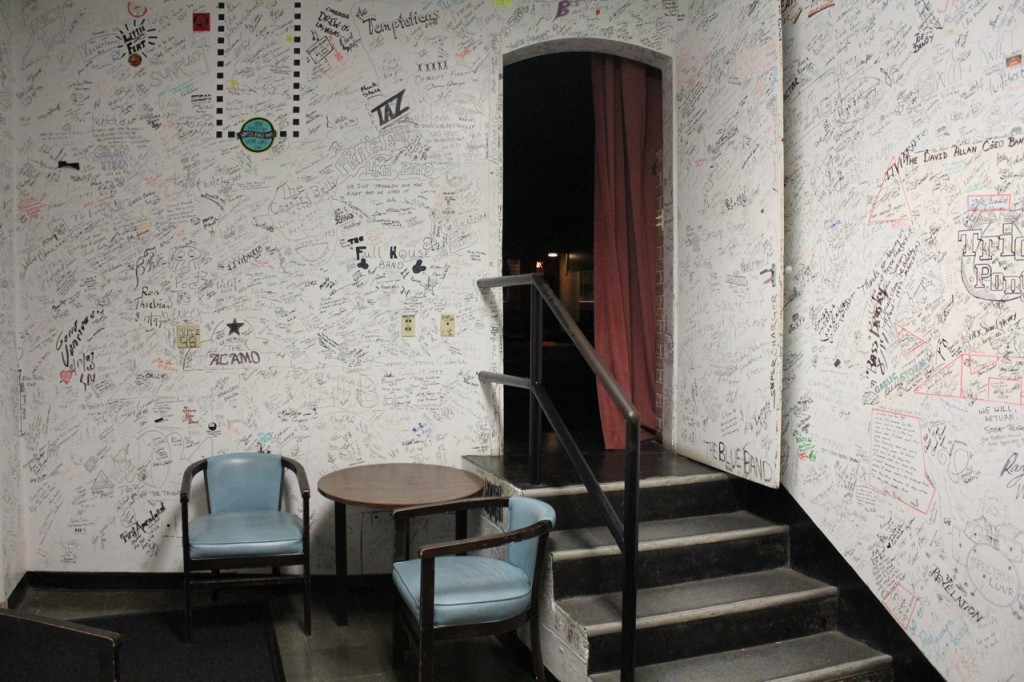 Even the bathrooms are cool! 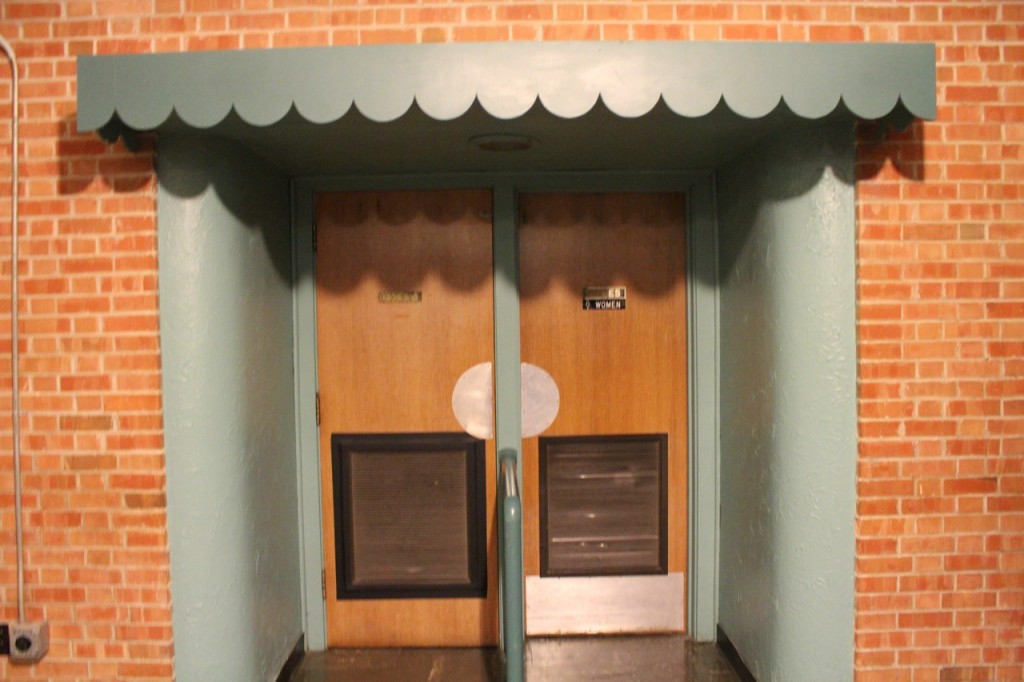 The more you wander around the building, the more your mind starts to work overtime to imagine all the scenes that have unfolded on the dance floor, the stage, the booths, and at the bar. 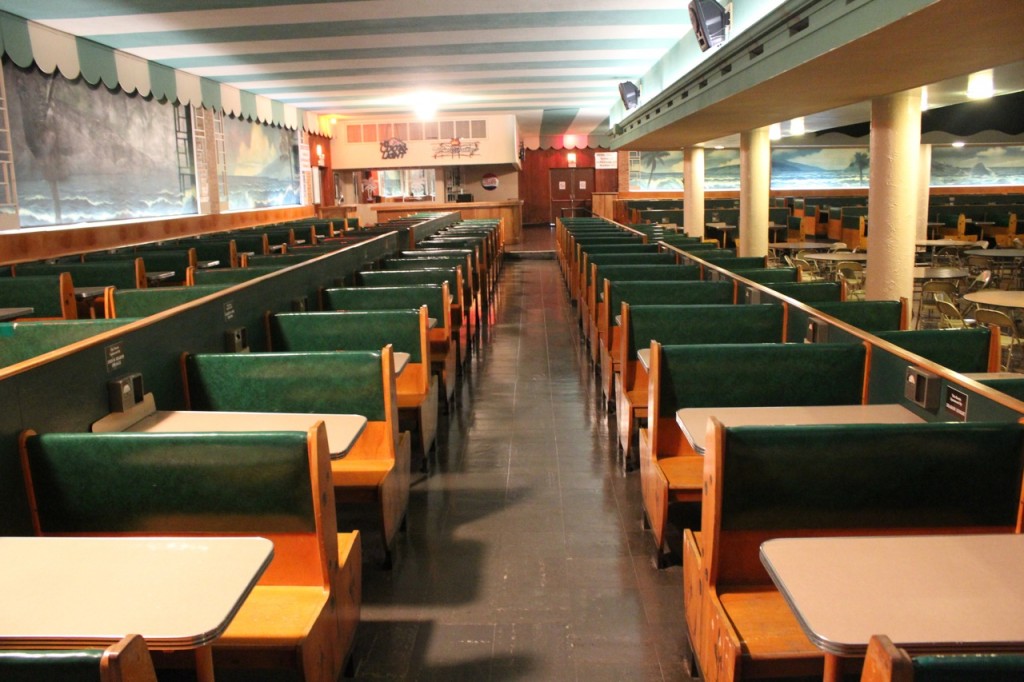 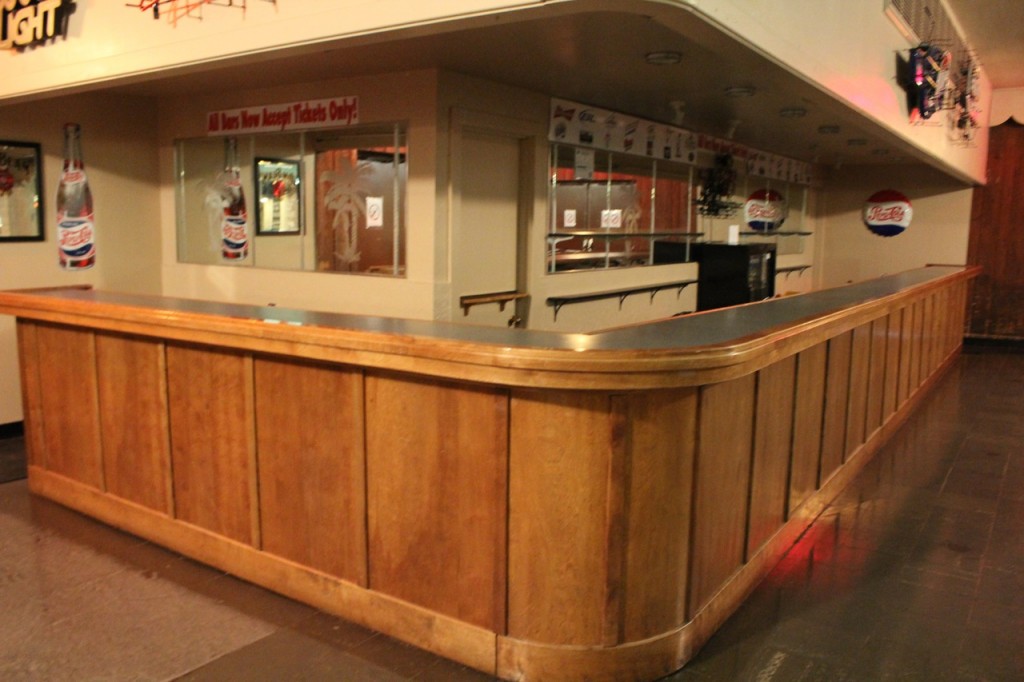 The best part of about the tour is noticing the little architectural and decorative detail. 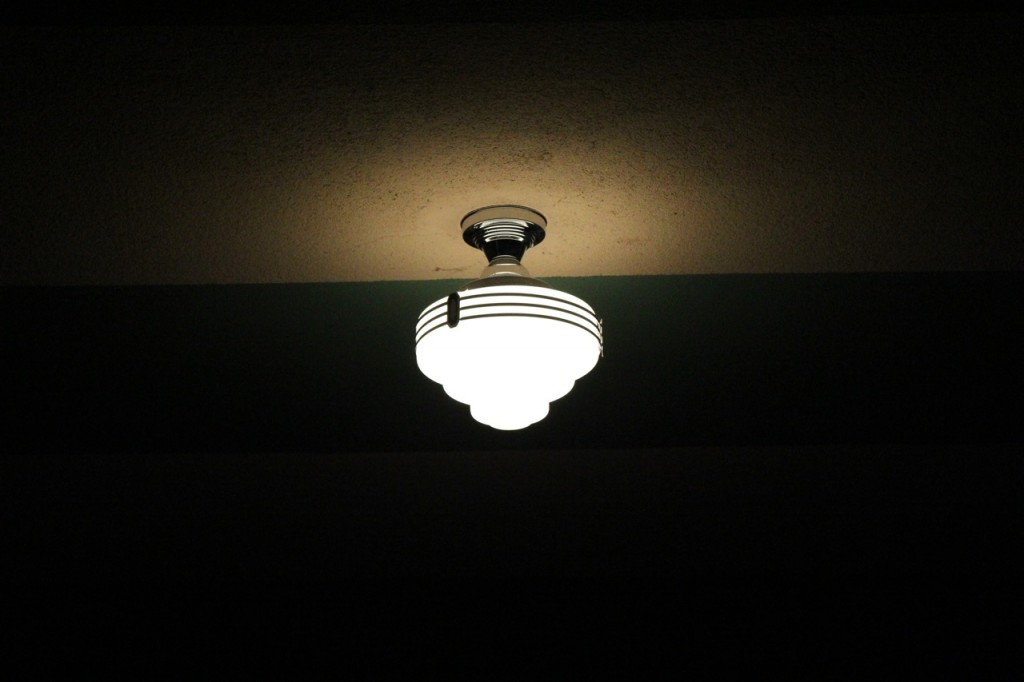 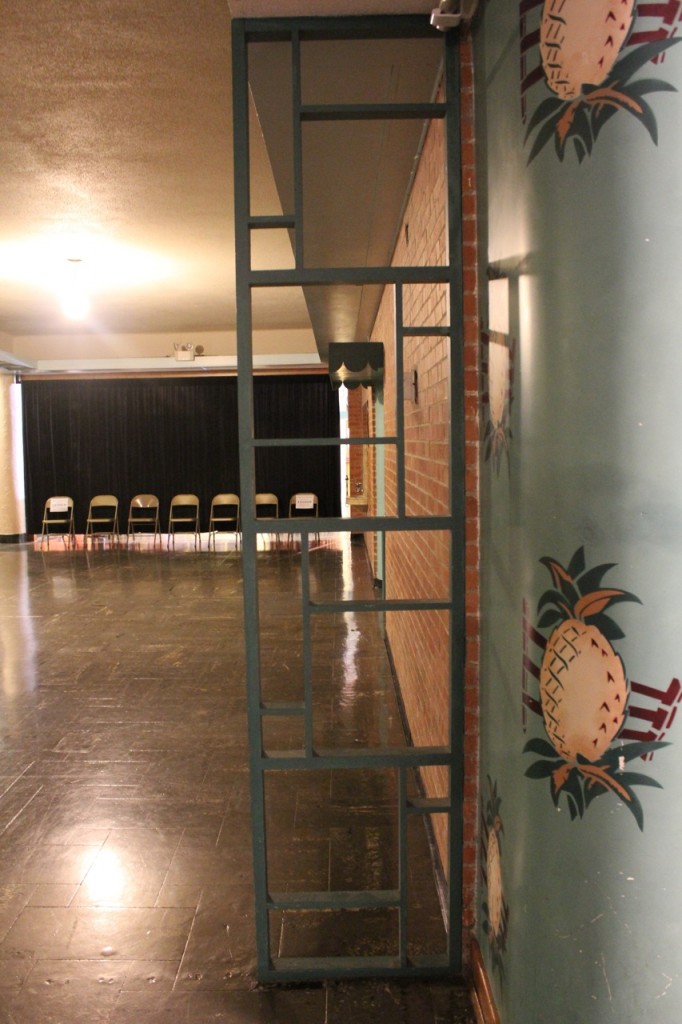 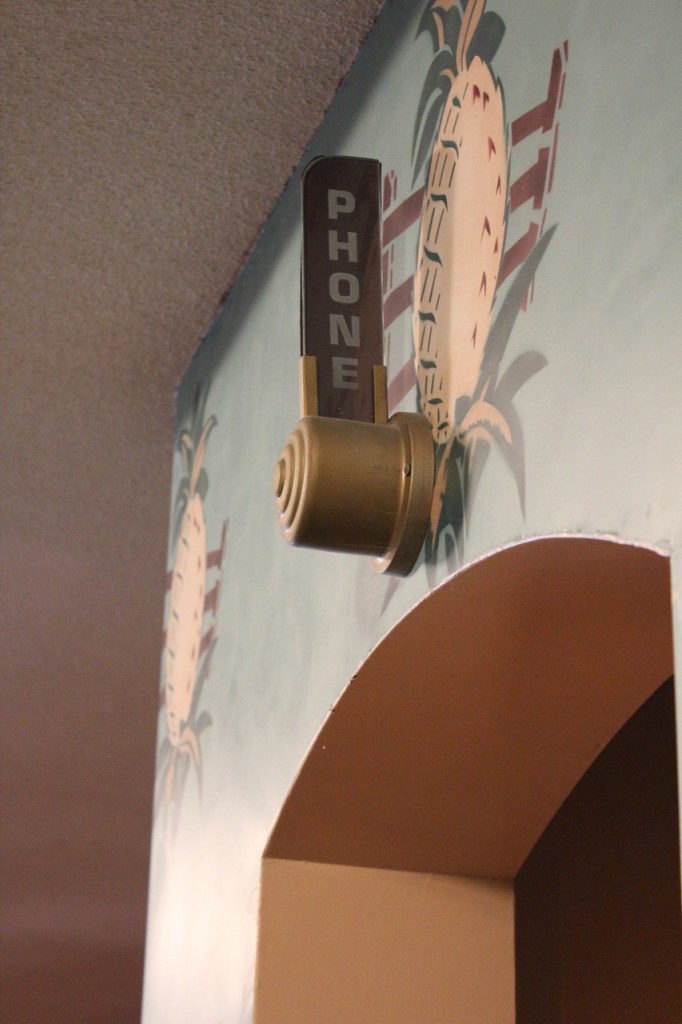 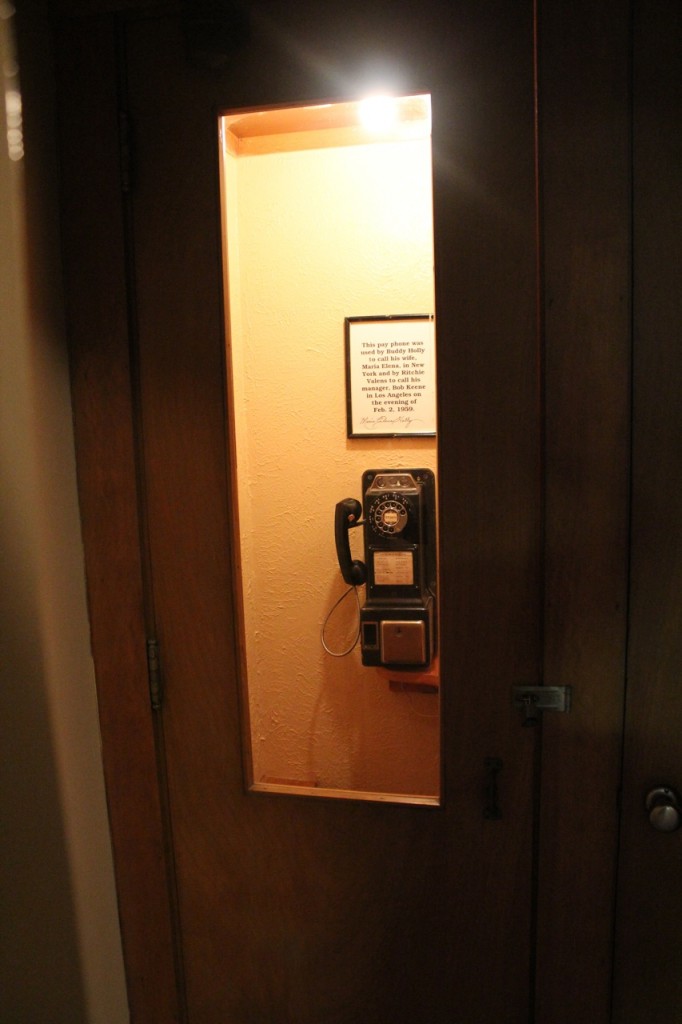 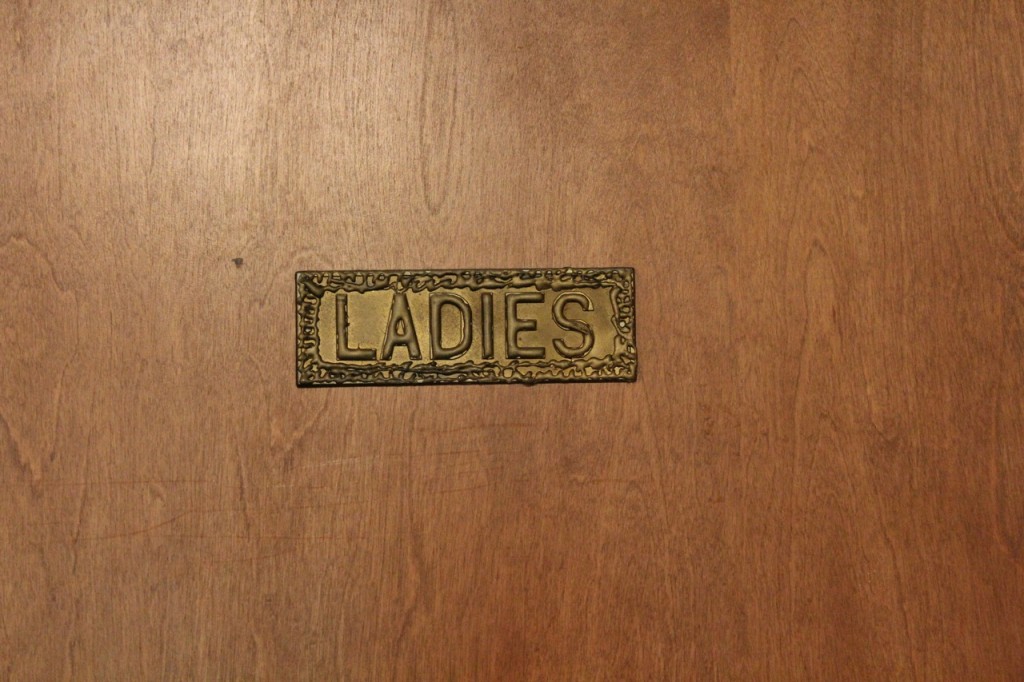 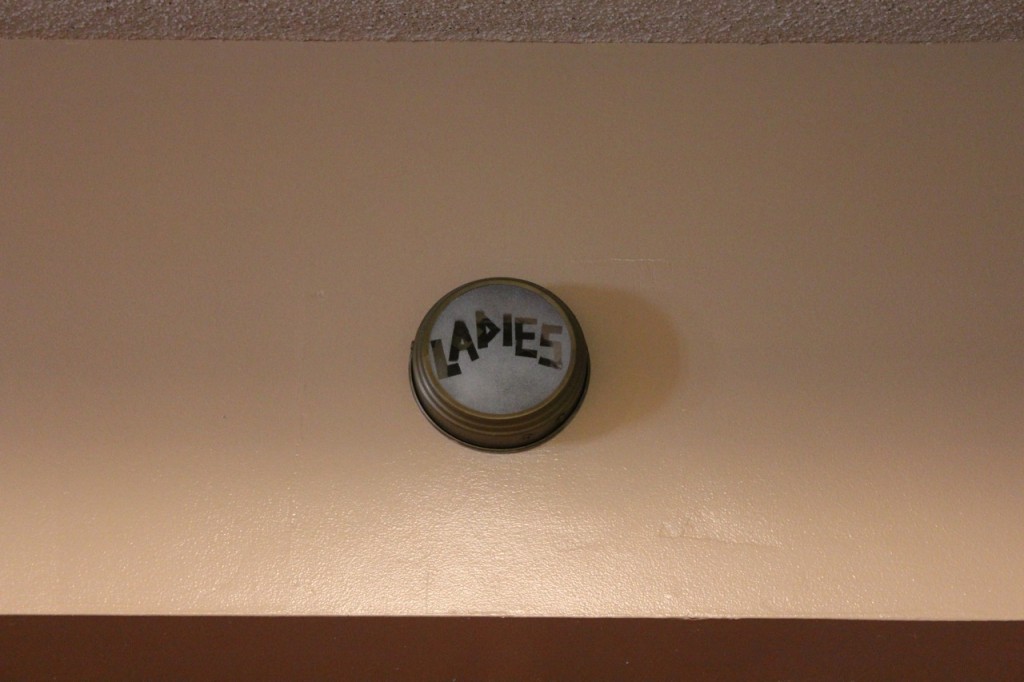 The Surf also has a hallway of pictures that is rather fascinating.  It contains pictures of the various bands who have played there over time, along with some of the history of the Surf Ballroom itself.  You can read more about the Surf and its history here.