One of my favorite things to do on a driving trip is to swing through small towns — particularly ones that are off the main highways — and see if there are any retro signs hanging around.  I long for the days of metal and neon, of arrows and boomerangs, of flashy lights and unique signs.  Now it seems that all signage is just plain boring — cheap and boring.  Boring fonts, boring colors, boring overall design.  After all, what uniqueness is there in a Wal-mart sign?  It’d look a lot better lit up in neon with a bright blue flashing arrow pointing to the store.  My opinion, of course.  Take a look at some of the gems I ran across on the backroads of Nebraska … 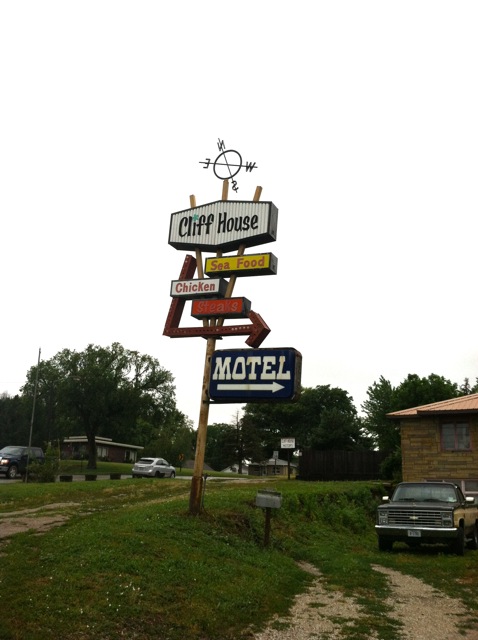 There is a lot going on at the Cliff House — directions, food, and two arrows!   Yes, it’s a busy sign, but that is part of the charm.  It wanted to grab your attention, and it does. 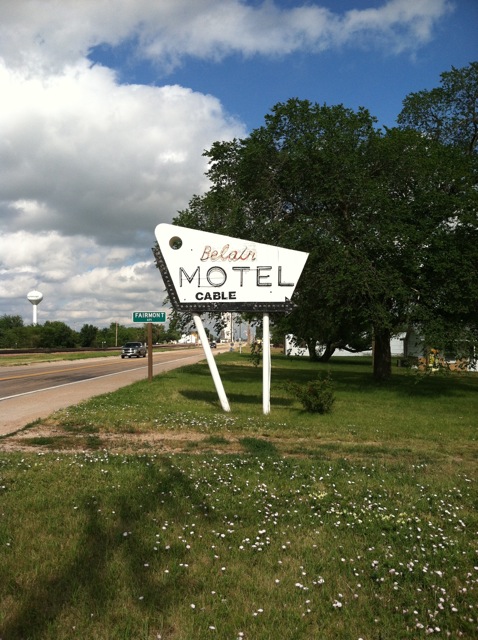 This one is far more simple, but it still has that geometric appeal of the retro signs. Oh, and it has an arrow that undoubtedly blinked in sequence toward the motel.  You just can’t go wrong with arrows. 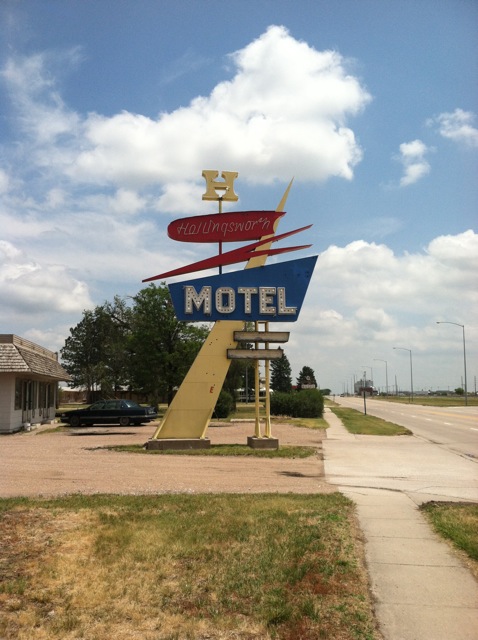 This is my all-time, hands-down favorite sign.  Every awesome thing about retro sign design is evident here — arrows, boomerangs, jaunty shapes that all point toward the business.  Imagine what this baby looked like all lit up as you traveled down the desolate Nebraska highways.  Wouldn’t it beckon you to sleep in comfort in this motel?  It would for me. 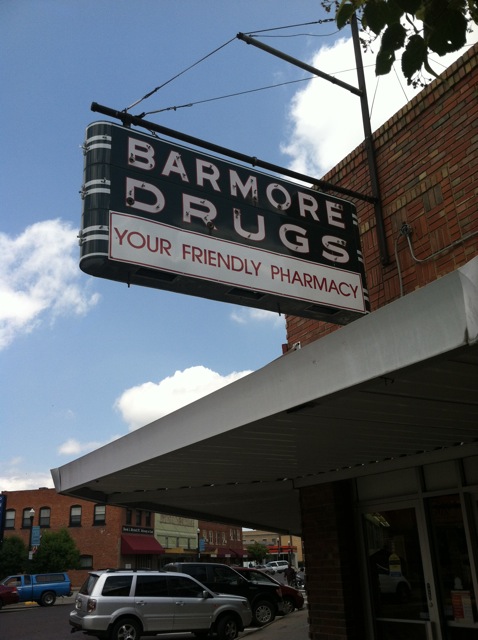 It’s a friendly drug store with a great sign that has art deco appeal.  What more could you possibly want? 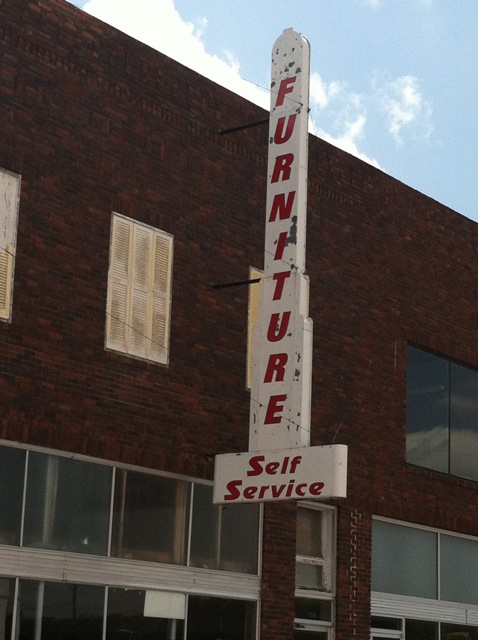 Obviously this wasn’t originally a furniture sign.  Or maybe it was.  If that’s the case, then I am even more confused by the “self service” addition than ever.   How does one serve one’s self furniture?  My curiosity was piqued, but the store was no more, so I am doomed to wander the planet forever, wondering. 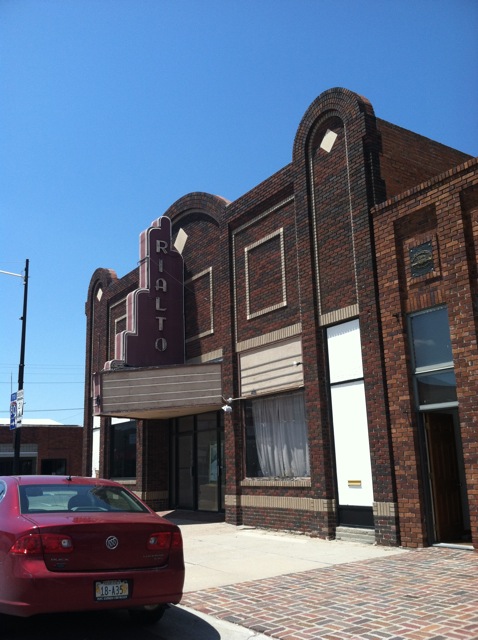 This is the movie theater in Cozad, Nebraska.  Closed, unfortunately. 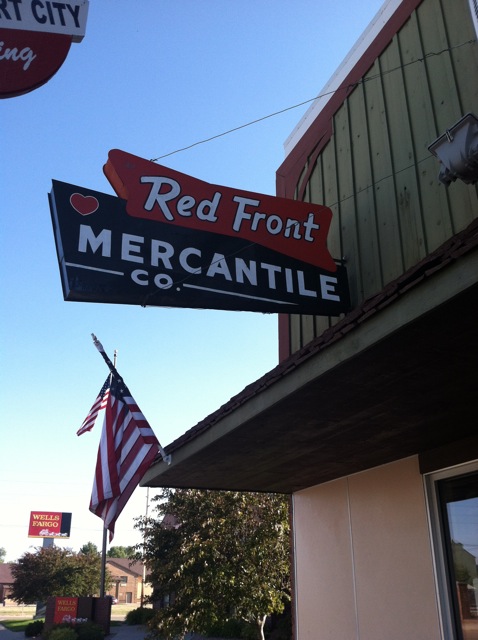 The heart kind of ruins this sign for me, but since it was in Valentine, I guess I shouldn’t be surprised.  They put hearts on EVERYTHING there. 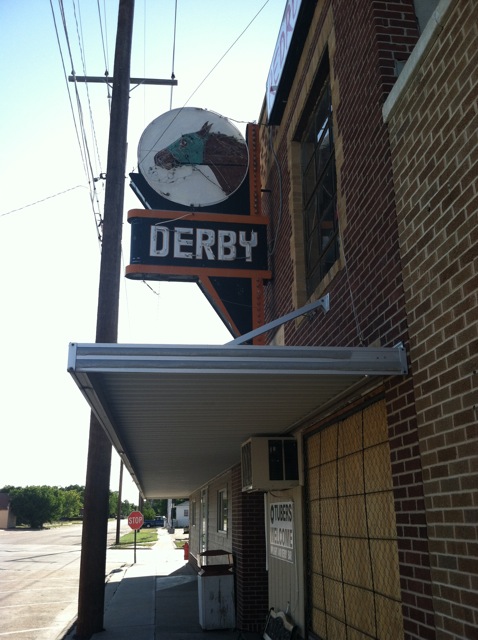 No hearts on this sign, but it’s just nice and simple.  It’s a bar. With a horse head.  Hopefully this doesn’t invoke too many Godfather-like memories for the readers of this blog or the patrons of this bar.  That’d be one heck of a bad night.

Before Motel 6 promised that they’d leave the light on for you, there were a smattering of Coachlight Inns, which evoked the same feeling.  The light’s on for you.  Stop by. 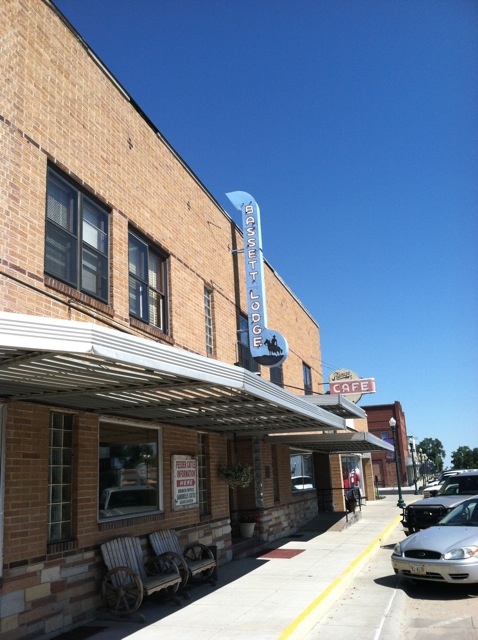 This is a two-for-one building, I tell you.  The Bassett Lodge sign was cool enough, but in the background, we see yet another oldie but goodie: 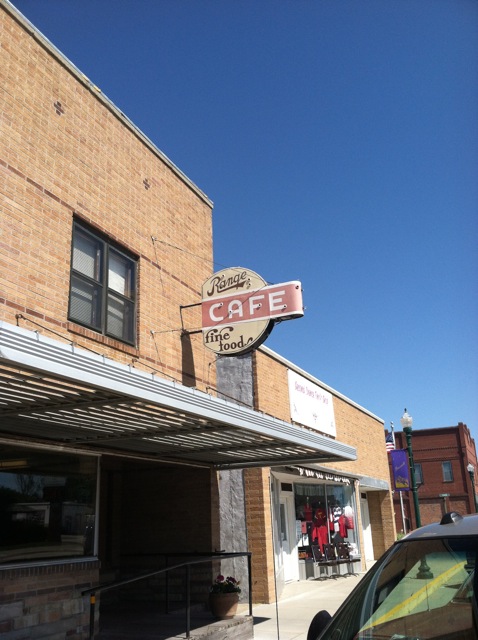 The Range Cafe.  Fine food, says the sign.  I was not able to verify that claim.  Both businesses date from the late 1940s. 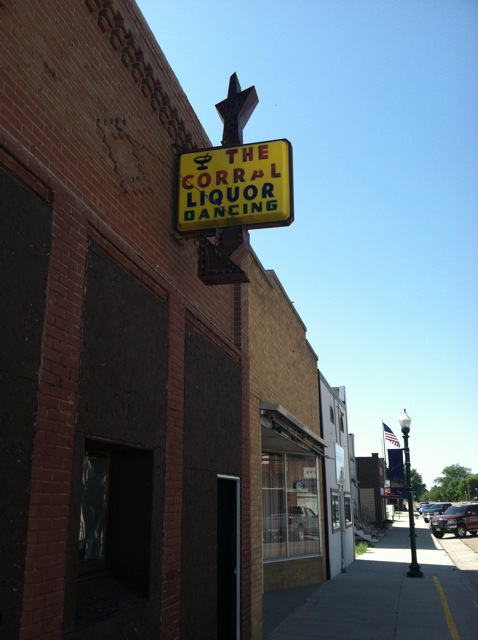 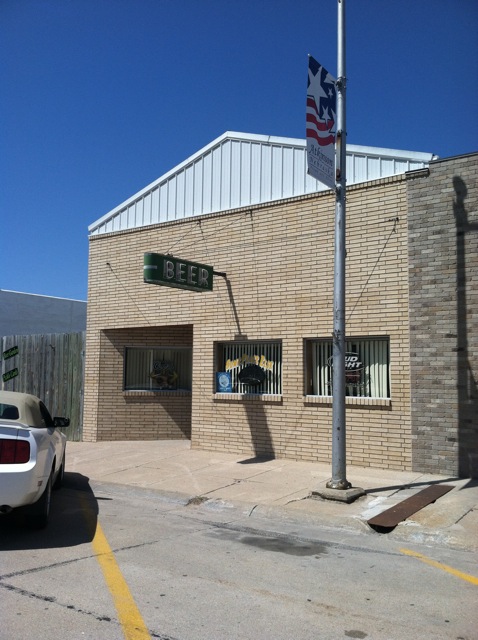 This sign just wins because of the simplicity and the neon.  Do you want beer?  It’s here.  Come inside. 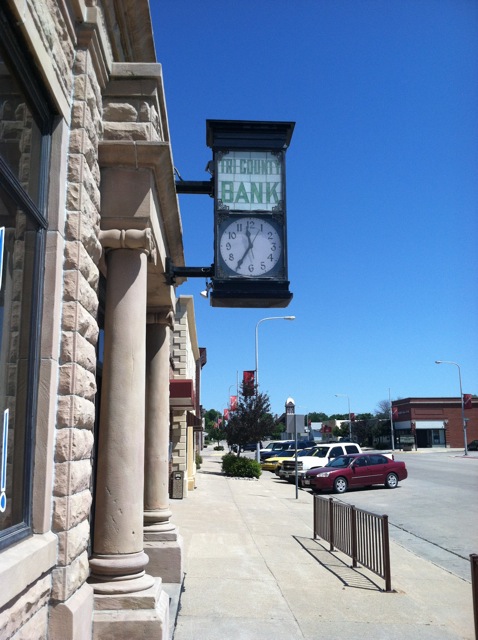 In the process of getting this picture, I tripped several times on the curb and the sidewalk, as I was so focused on the sign and looking up that I forgot to watch where I was walking.  I hope the bank employees were entertained.

This trip just fueled the fire to find more signs along the backroads of America.  I was sad to discover that the businesses housed under these signs were closed, for the most part.  Some will stay closed and crumble away over time, and others will undoubtedly house other businesses that will remove the old signs and replace it with something simple, cheap, and boring.  They’re a dying breed, those old signs, and I want to preserve as many of them in photography as possible.

2 Replies to “Signs of the times”