I love perusing through 50s magazines, but there’s one detail that has started to disturb me. I understand that the ads of the day wanted to portray a feeling of happiness. After all, a new dishwasher = happiness, does it not?

Yet I don’t understand why the artists had to go overboard on this one. In many advertisements, the drawn figures look downright scary — happy to the point of mania. Wide eyes, mouth hanging open, empty stare … it’s what bad B movies are all about.

It’s a trend, I tell you. I see it more and more often. Here’s just a sampling. 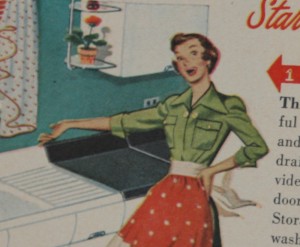 New steel kitchens and shiny sinks can certainly do this to people. I totally understand. 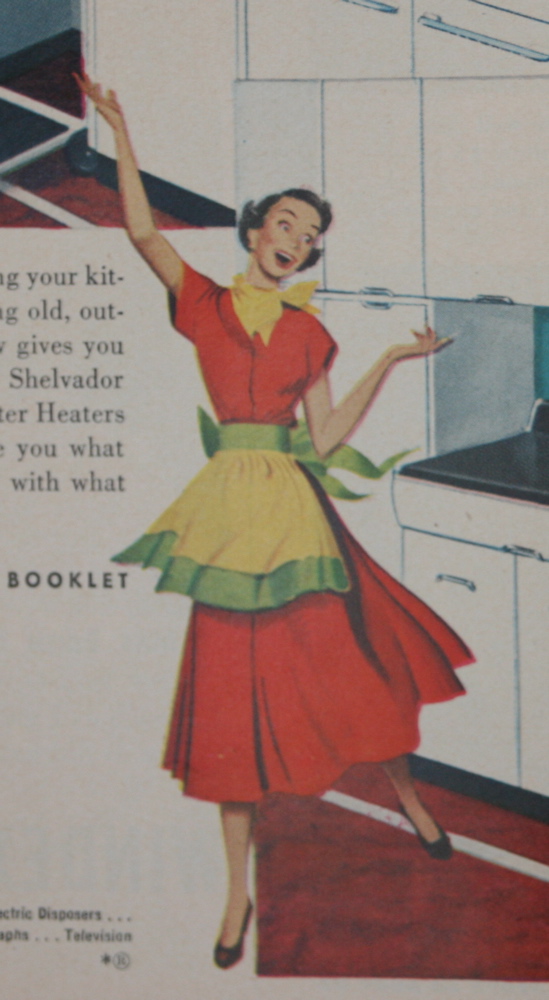 Would it make you DANCE, too?

Both of these came from the same ad. 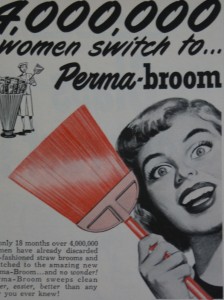 What do you think this next one is an ad for? 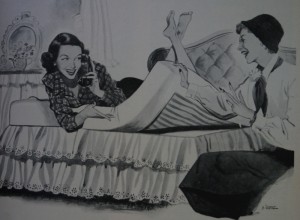 If you guessed “contoured sheets,” then you’re right on.

I don’t know about you, but I don’t remember when I’ve ever had this much fun with contoured sheets before. Why is the woman on the left talking on the phone when she obviously has company? And what kind of friend would just barge in on a private phone conversation and start checking out the sheets?

From a hot water heater ad … Do not stare directly into his eyes. You’ll never be the same. 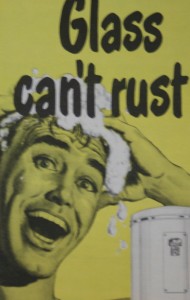 Yet the thought seldom would cause me to break out in a clown-like grin.  I hope he realizes that his hot water heater has become dependent upon his approving smiles and, seeking his affection, has joined him in the shower. Hope his wife doesn’t catch them. 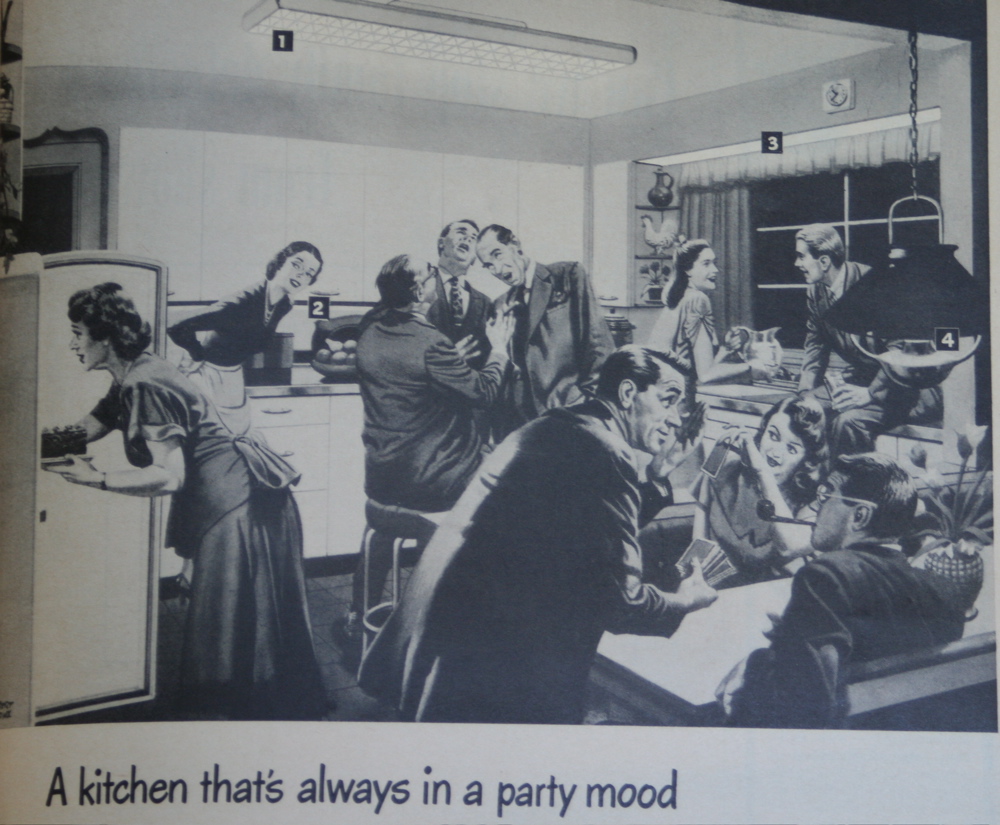 This is one of my all-time favorite ads. It happens to be for light bulbs, but you’d never know it from the artwork. (Click on the photo to see a full sized version. You won’t regret it.)

About 80% of these people look normal. The guy playing cards is getting dangerously close to a manic zombie state. My favorite? The two guys in the middle. Are they dead, or just in the middle of a seizure? The guy on the right looks like he’s doing his best donkey impression (hee-haw!) while the guy on the left looks uncannily like a narcoleptic George Bush.

Then there’s the woman who — very snootily, I might add — is checking out the hostess’ fridge. What exactly did she expect to see in there?

Lingering questions: why is everyone crammed into this kitchen? Does a living room not exist? 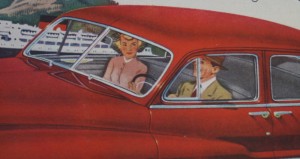 And finally — a car ad. I love these ads because they usually show the couple in the car laughing like simpletons.

Though his face is partially obscured, you can tell the guy is totally with the program. He’s smiling like a goon. But the wife, pressed up against the door with a fakey little smile on her face, says she’s had enough of his manic laughing and smiling over a freakin’ car. Get over it, already.