That’s me on the left.  For a weekend, I was a biker chick.  Well, without the bike, but whatever.  Minor detail, really. 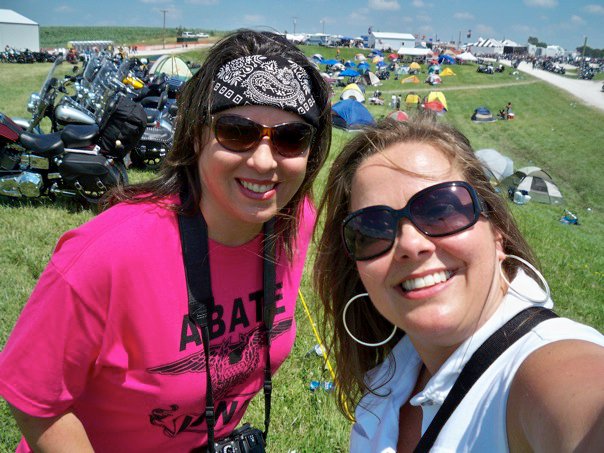 Unlike most families, I don’t have a good ol’ standby tradition when it comes to the 4th of July.  Sometimes I’ll travel to South Dakota to stay at my parents’, because South Dakota is one of those fun states that still trust its citizens to put off fireworks all by their little lonesome; sometime I’ll travel to Minnesota to spend time with my in-laws or my sister and her family.  In Iowa, we are relegated to sparklers or a handful of other lame fireworks, or having to find a local show to watch.  I can’t even sit on my porch and steal a glance at some of the local shows, either  — too many trees.

This year I did something a little different.  My little Iowa town happens to be the home of the Minnesota and Iowa ABATE rally that occurs each year during the 4th of July holiday.   Every year I had enjoyed the people-watching from afar as the bikers would cruise through town, as the actual campgrounds (on private property) were located a few miles out of town.  However, because my sister recently took up motorcycle riding after a long hiatus, she was interested in going, and I was very interested in the potential photo opportunities.

The Freedom Rally (as it’s called) has always had a notorious reputation, especially because it’s held on private land, and everyone knows that private land dwellers can pretty much do anything they want, and these were — GASP! — bikers, to boot!  There were the obvious rumors of rampant nudity and drunken fights, of course, but others seemed to be firmly believe that biker gangs were just waiting to ambush people when they arrived on the grounds, so they absolutely refused to go out there. (Never mind the fact that the purveyors of the latter rumors were not exactly the type who would attend an ABATE rally in the first place.)

I went out there with a mixture of anticipation, fascination, and curiosity.  Were all those rumors true?  Needless to say, I was determined to find out.  My sister held the ABATE membership card and dang it, I was not going to miss this opportunity.

We first visited the site on Friday afternoon, wanting to get a feel for the place before the “big” night on Saturday.  The rally grounds are on some premium Iowa farmland — rolling hills surrounding a creek — and the roads are surprisingly narrow for accommodating such a large crowd.  The people on traffic duty have the job down well, though, and in no time we were being adorned with a purple plastic wristband and signing the waiver that agrees that yes, we understood that there was a chance we could be trampled by a sea of drunk bikers while trying to watch Sammy Kershaw, and we were willing to take the gamble.

The sheer size of the grounds astounded me. The layout of the land allowed most of the grounds to be hidden at any one time, though, so what I actually saw at first made up about 1/5 of the actual campgrounds.  Tents existed in dense clusters, following the paths that wound around the campgrounds, and we made our way down to meet some of the members of a Minnesota ABATE chapter whom we knew.

Some of the rumors I had previously heard immediately proved themselves true, for remember that this is private property and clothing is indeed optional in some people’s minds.  The nudity was not overwhelming, however, although our summary of it all could be boiled down to this:  for the most part, the people who shouldn’t have been naked were, and the people who should have been naked weren’t.  But, whatever.  None of it was especially shocking.

We spent the rest of that day either sitting in the campground with our Minnesota friends, or meandering around the paths that wound through the campgrounds.  Needless to say, the Freedom Rally is a friendly place.  Really — it is.  Yes, some of that “friendliness” is liquid-fueled, but there is a general laid-back feeling to the whole place.  People are there to camp, hang out, meet other bikers, and celebrate the 4th.  No worries.   Being at the rally mirrors being in any other social situation, really.

We left the grounds about 9:00 on Friday night, and headed back out there about 11:00 on Saturday.  We came prepared for the day, armed with sunscreen, bug spray, wet wipes, chairs, and a cooler.  All the basics of life, really.  Once again, we spent the day wandering around, meeting people, taking pictures, and just watching the chaos in general.  I did have a brush with celebrity, though: while standing in a vendor booth while my sister bought a T-shirt, I looked across the road to see a familiar figure standing in a vendor booth over there: Frank from American Pickers.  I second guessed myself, though, and I wasn’t quite sure if it was him or not.  What in the world would he be doing at an ABATE rally?  Why weren’t there more people talking to him?  There was a guy shaking his hand, but that’s not exactly an odd sight around the rally.  The voice seemed to be the same as Frank’s, but still — I sat there, doubting myself.  Finally I walked over to my sister and whispered, “Is that Frank from American Pickers?”  She too stared and wasn’t exactly sure.  Then, he was gone, and that’s when my lame brain finally made a decision: that had to be him, and I missed the opportunity to meet him!   We walked around a bit, trying to find him, but he had made a quick escape, probably on a bike.  True enough, we spotted him again about 45 minutes later as he rode through the camp on his Honda.  When he passed one of the camps near us, the group yelled “FRANK!”   Here’s the moment: 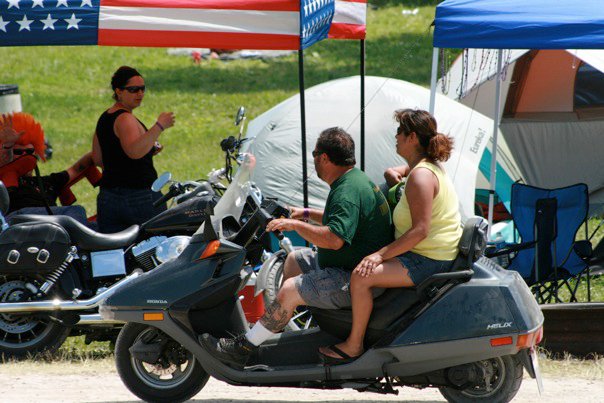 All my doubts immediately dissipated.  I had missed an opportunity to meet someone from one of my favorite TV shows.  <sigh!>  Maybe next year.

The rest of the day passed rather quickly, and it was soon time to see John Michael Montgomery, followed by Sammy Kershaw.  I hadn’t been to a concert in years, so I was looking forward to seeing two country singers whose music provided the soundtrack to my younger years.  The concerts entertained me, as they were supposed to, but the downside of having concerts late Saturday night of the ABATE rally means that a majority of the crowd is becoming way too inebriated to function.  It was disappointing to see people act like idiots while John or Sammy were trying to talk to the crowd, but I suppose that’s a given in most social situations where alcohol is served.  I made it through the entire John Michael Montgomery concert without becoming too annoyed, but by the time Sammy Kershaw came on, the crowd was growing dense and my position in the 3rd row was becoming a little too confined for my tastes.  Arguments broke out, people started making out, and the guy beside me decided to “whip it out” and pee where he was standing so he didn’t have to get out of his place so close to the stage.  I shouldn’t have been surprised, but it was the final straw for me.  I backed out of my place and watched Sammy from afar.

When Sammy closed his show, the fireworks went off, and my sister and I knew it was time to go.  As we were leaving (or actually, the thought pervaded throughout the weekend), I was struck by how the name of the rally fit so very well:  Freedom Rally.  It’s not for everyone, but that’s what is great about this country.  I have the freedom to attend a biker rally, and I have the freedom to partake in the craziness if I choose to (I didn’t).  To use an old cliche, it’s freedom from “the man” —  freedom from clothes (if one chooses), inhibitions, responsibilities (for a weekend), and anything else.  It’s the freedom to live how one chooses, without worrying if it’s proper or meeting anyone else’s specifications.  If I want to live like a biker chick for a weekend, I can.  If I want to live like Miss Polly Proper, I can do that too.  The best part of it all is that I can live the way I want to because I have the freedom to do so.  That is what the United States of America is all about.

We had survived our first ABATE rally and walked away with some great memories and some even better photos.  Enjoy! 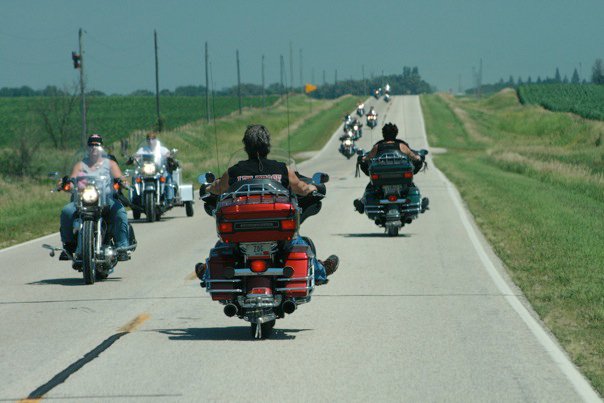 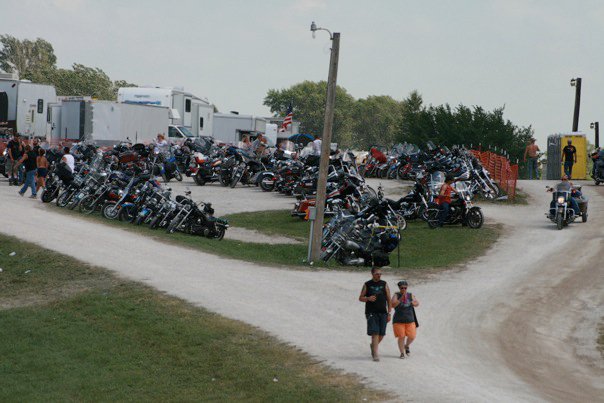 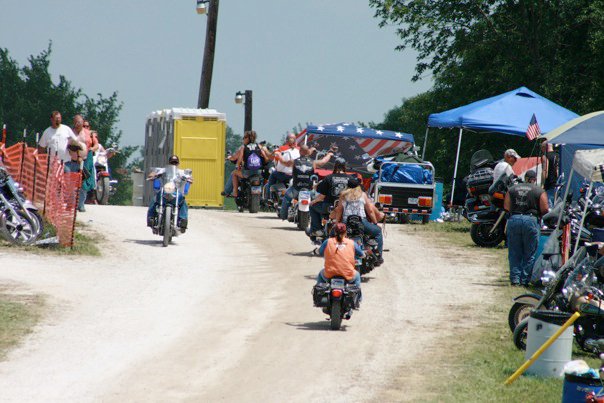 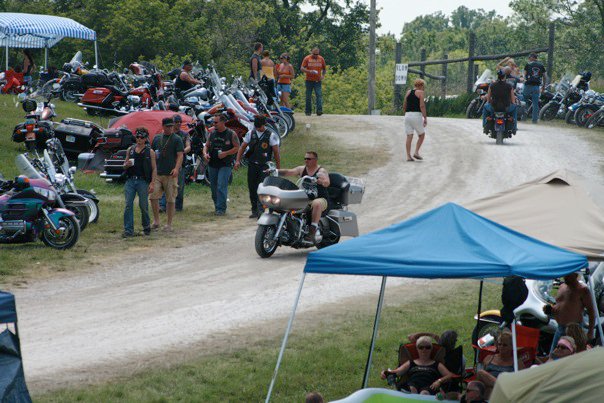 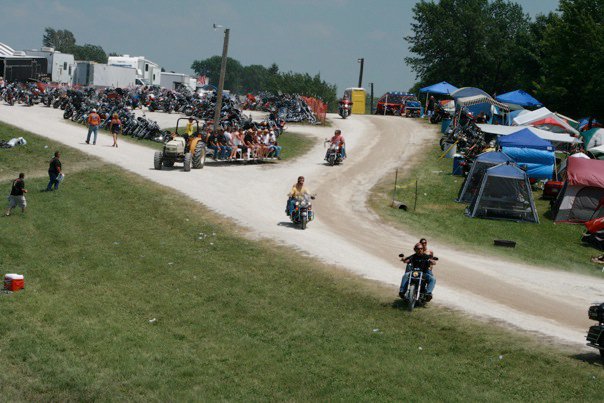 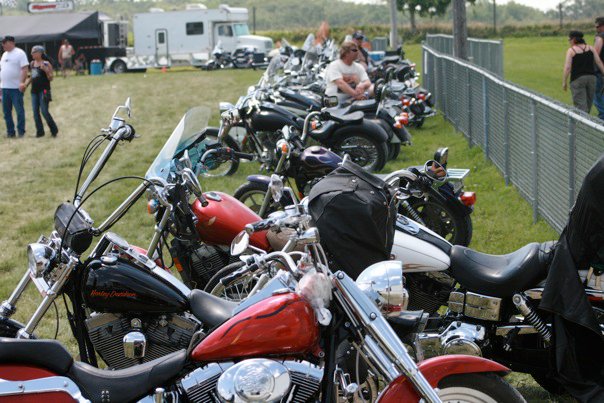 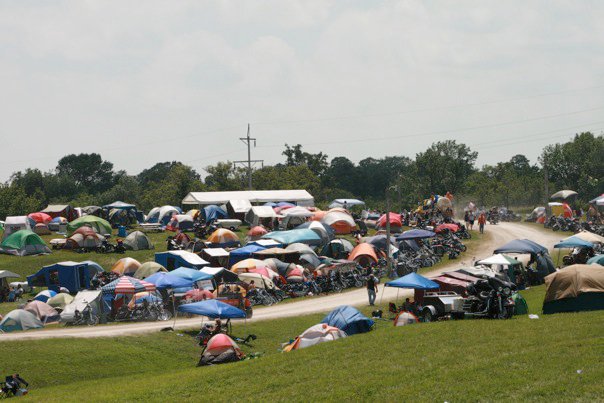 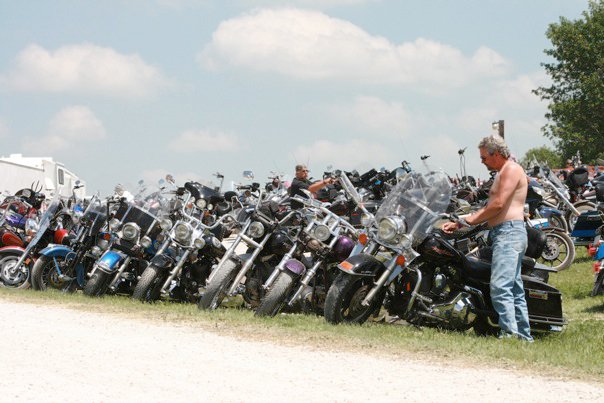 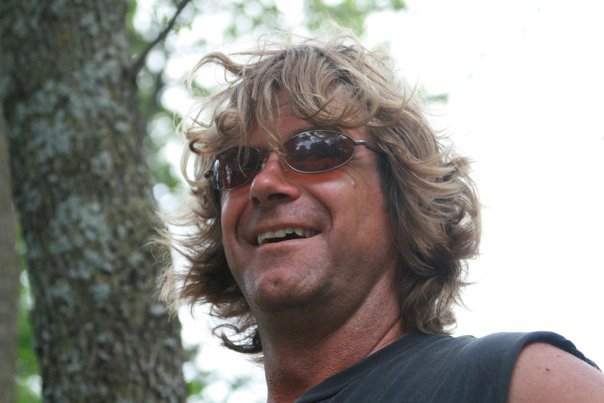 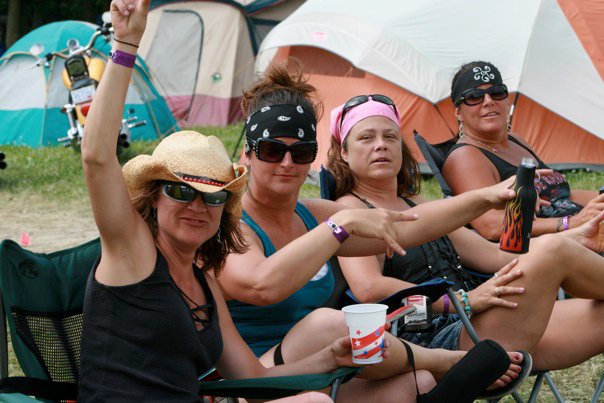 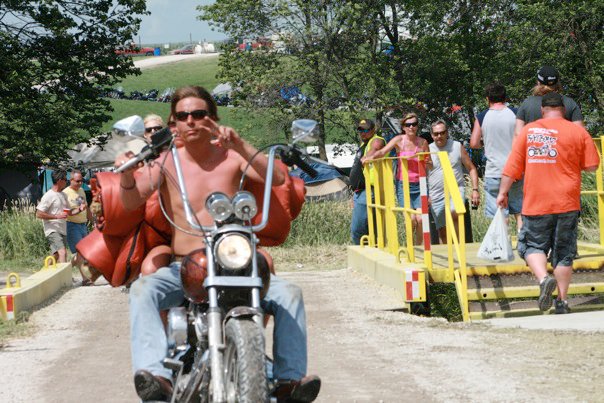 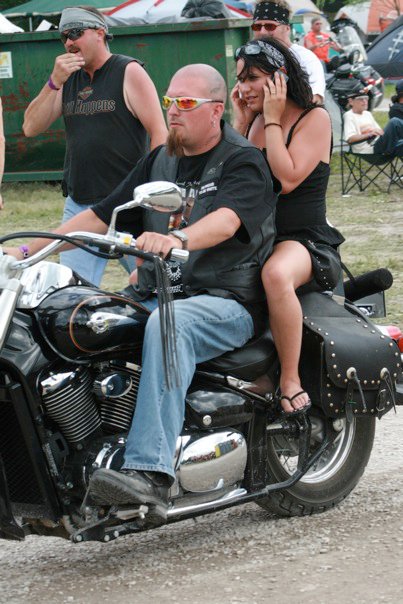 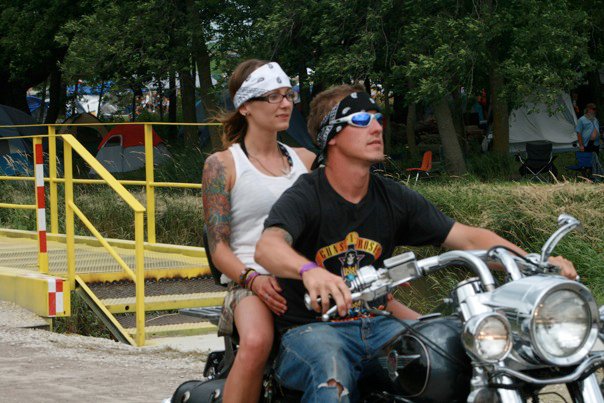 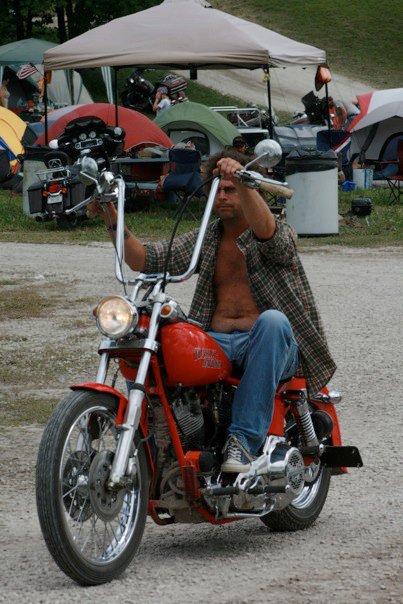 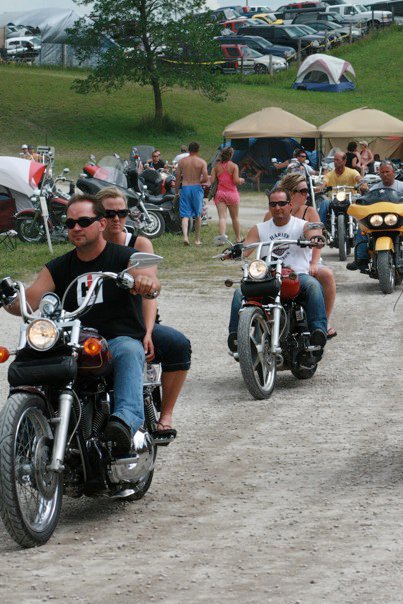 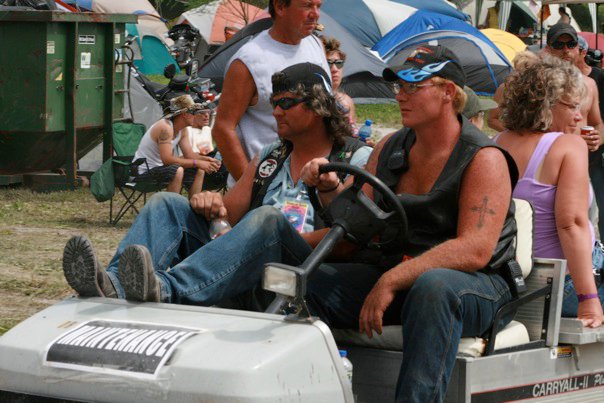 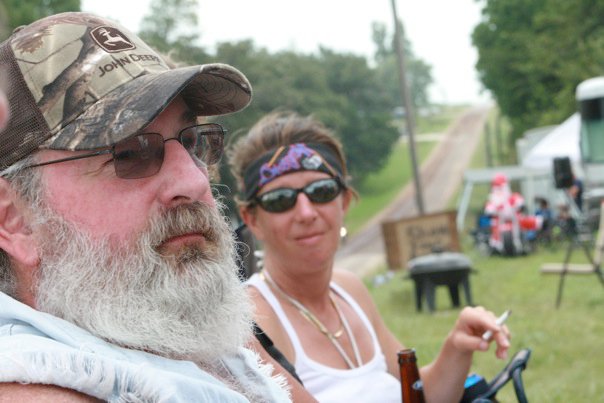 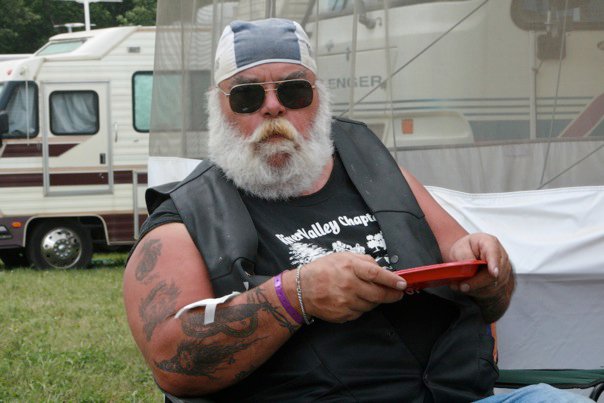 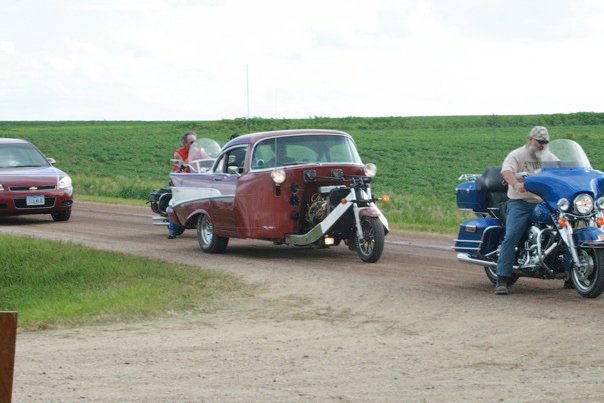 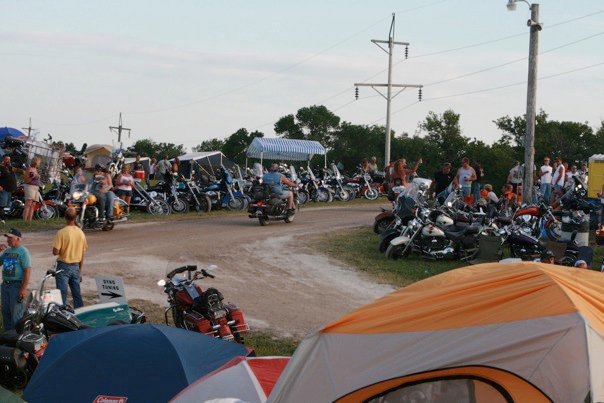 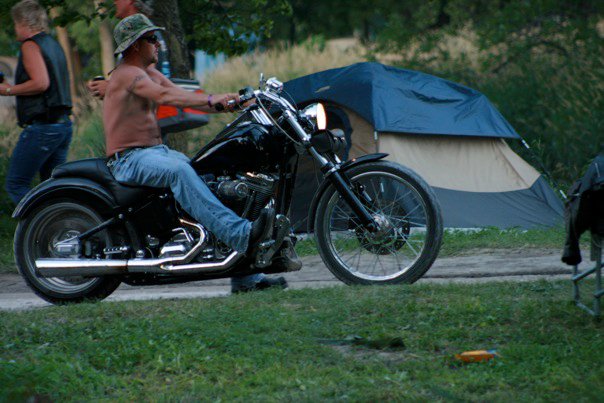 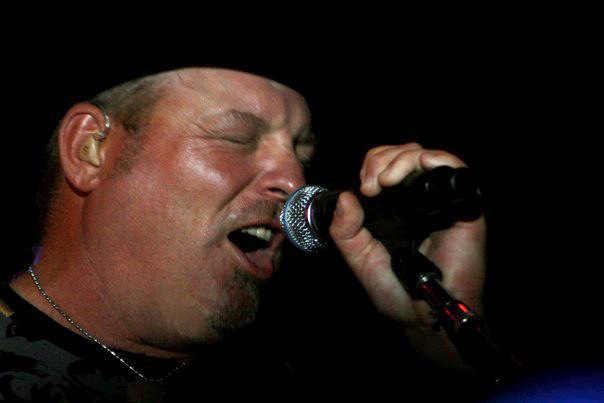 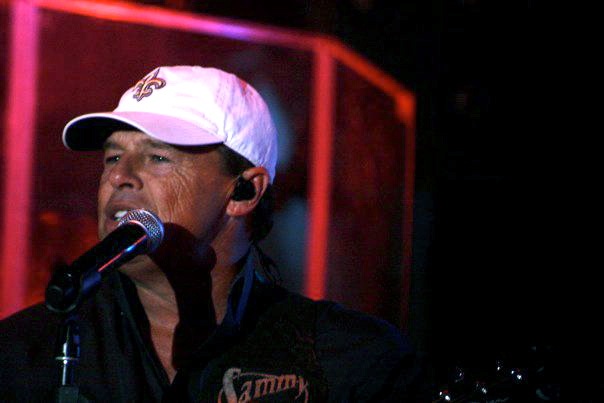 One Reply to “The Epitome of Freedom”