As I mentioned in my last post, I bought a booklet on Etsy the other day whose title made me snap it right up: The Charming Woman, published in 1957. Although I didn’t realize it at the time, this must have been one of a string of publications, because there are others referenced just inside the cover, and the articles within also refer to “so-and-so’s article on hats” and the like. Regardless of not having the whole set, this one booklet is an interesting glimpse into the past.

True enough, I found upon closer inspection that the articles are full of rather commonplace information that isn’t exactly enough to turn a shoddy mushmouth into a charming woman. The first article, for example, is about the skin. It goes through all the well-known skin categories — dry, combination, oily, and troubled — and makes observations about each. Did you know that problem skin results from the skin functioning in an imperfect manner? Huh. I know — I was amazed by the information too.

Apparently the booklet I have was designed to make women scrutinize every inch of their bodies and basically feel like crap. They have articles on face shape, which is followed by descriptions of forehead, chin, and lip shape as well. Then, amazingly, there’s a chart where a person can map out all the various attributes of their face. Really — who would? Most people who have thin lips are pretty aware of that fact and they don’t feel the need to put an “X” on a chart saying they do.

Anyway, The Charming Woman did attempt to familiarize woman with colors that would look good on them.   May I present to you the complimentary color charts of 1957: 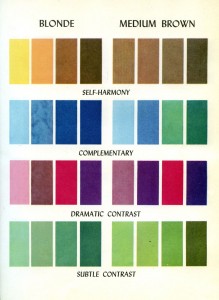 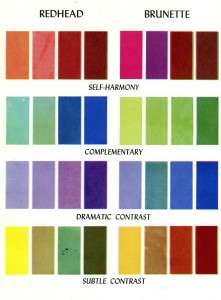 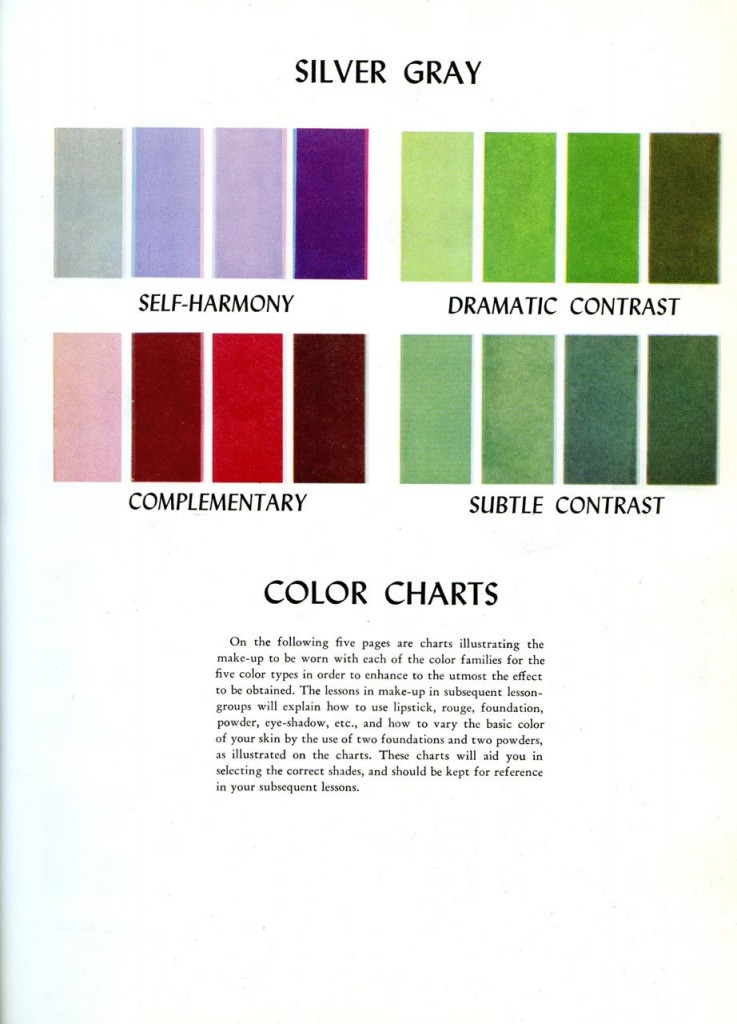 I made the last one bigger so you could possibly read the text underneath.  Not that it’s very interesting, but if I know human nature, everyone would squint to try to see the text and then be annoyed that the picture wasn’t big enough.

Anyway, the pages following that article had some pretty bland-looking makeup color combinations.  Really, they all looked the same.  That’s why I didn’t include them.

Now . . . on to the discussion of heigh and weight.  If the booklet doesn’t make you feel inadequate because you have problem skin and thin lips, then at least it can berate you for your body type.  Here’s the article, including a height/weight chart that allows people to be a little chunkier than today: 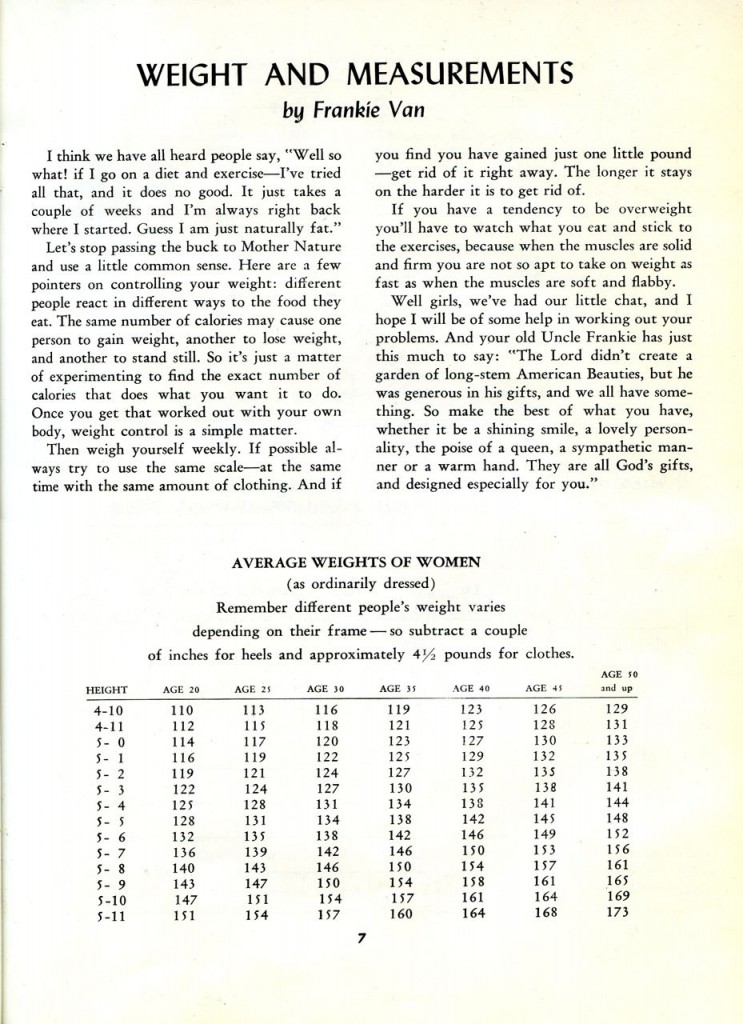 Read that first sentence of the 2nd paragraph.  Good lord — if you said that in mixed company today, you’d get verbally flayed.

Today’s weight chart starts lower for each height and doesn’t go as high, which reflects today’s conceptions of what constitutes a healthy body.  At least this one allows for weight gain every so years.  Now THAT’S reality!  Anyone over 5’11” is just not a woman at all, apparently.  Freak of nature!  Get on the circus train!

Like I mentioned before, the booklet does a lot of stating the obvious, and the best example is a lovely picture they put on the first page.  Let this be your mantra, ok? 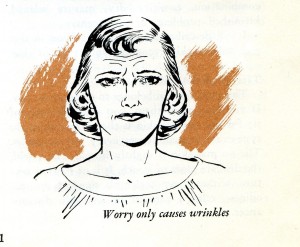