We happen to have a narrow little air-return vent under our kitchen cabinets that I had never given much thought to until a few days ago, when I thought I lost yet another kitchen gadget down its depths. At one point in time, we had a wooden grate that fit over it; however, after remodeling the kitchen with yet another layer of flooring, the grate somehow disappeared, leaving a little gap under our cabinets. Because this hole is right where we do most of the food prep, etc. in the kitchen, it’s very easy to accidentally kick things into the hole.

Exasperated after kicking yet another item into that vent (I lost a food thermometer two months ago), I needed to get into the vent and get out the stuff I had lost. I was also mildly curious to see what else was down there. After all — if I had lost two items in just a few months, imagine how many other things had made their way down there in the last 56 years!

With a screwdriver, I made a hole in the old fiberboard ceiling (the “vent” turned out to be just a space below the floor joists) and tentatively reached my hand into the dusty abyss . . . and began pulling out item after item.

I found my food thermometer, all right. I also found a treasure trove of lost items from eras past: 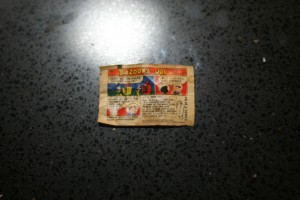 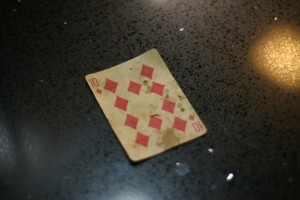 I wonder how many more times they played with this deck without realizing it was incomplete? 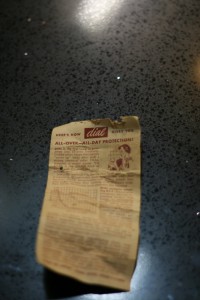 These were rather extensive instructions for Dial soap. Who knew the product was so complicated to use? 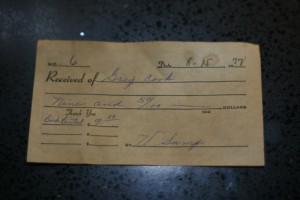 Here’s a library receipt for what seems to be a lost book. Either that, or the overdue fine was really hefty! Note the date: it’s the day before Elvis died. 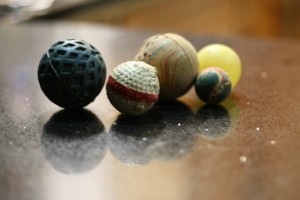 There were some play balls, along with a pet ball that had a bell in it. 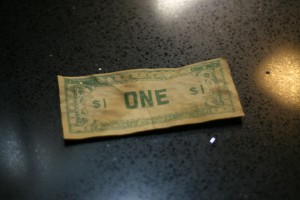 I got really excited when I originally found this, but quickly realized that it was only play money. There were several bills of this play money in the space. I’m thinking some child was using the slats of the vent as a cash register. 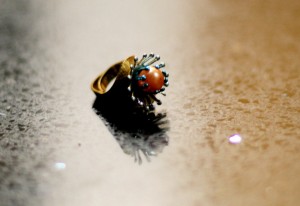 This is a play ring, and retro it is! It has a fake pearl in the middle, surrounded by light blue and silver prongs. 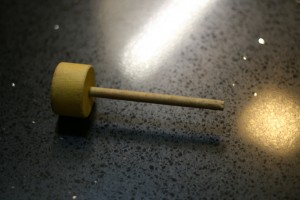 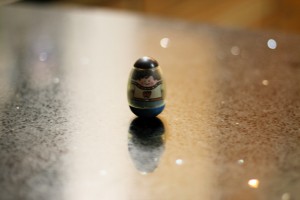 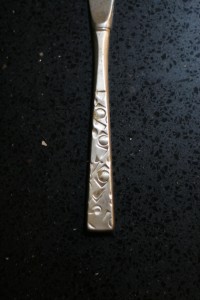 It’s not easy to see the pattern on this, but it is so 50s — geometric shapes with a few boomerangs sprinkled in. LOVE IT!

And lastly, probably the coolest item I found: 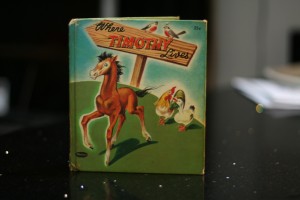 A 1958-copyrighted book. Don’t ask me how it got in that space. I can only imagine that the vent cover was an afterthought and that it had been an open space, much like it is now. The book is in great condition, save for some crayon scribbling inside the front and back cover.

We also found the original grate cover for the vent, although now that we have another layer of flooring in our kitchen, I doubt it will fit any longer.

I’m pretty excited by my finds, although it has begun a nagging thought in the back of my mind: what might have been dropped down the vents in other parts of the house? I am trying to restrain myself from ripping apart my entire house.

6 Replies to “An unexpected treasure hunt”