While on my Nebraska trip, I stopped by some antique stores that were very interesting, and there was one store called Uncle Sam’s in Fremont, Nebraska, that I threatened to never leave.  It was as if the store was full of stuff I would buy if I trolled around estate sales.  If I would have had a pickup there, I could have hauled off a lot of that guy’s inventory. 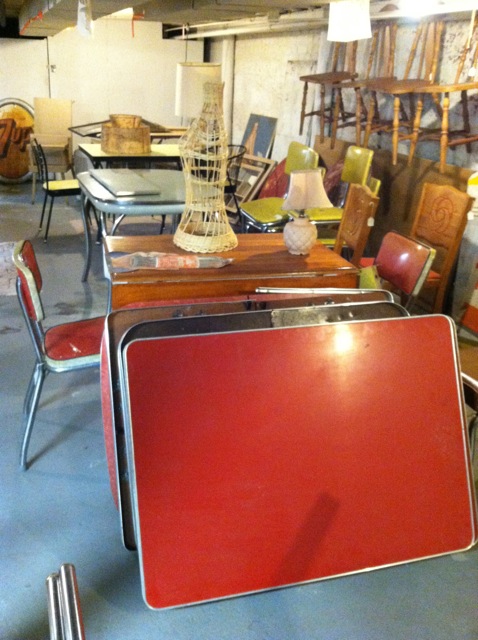 There were several cracked ice tables in remarkably good condition, along with a huge assortment of chairs. 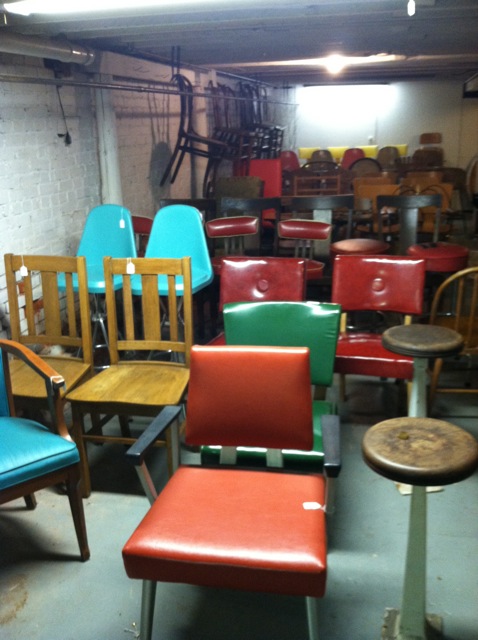 Some of those chairs are extremely rare to find in multiples, and the prices were very reasonable.  And yes, I’ve considered going back down there with a pickup.   And then I remember that I live in an already too-small house with a lot of stuff that really doesn’t fit in here the way it is.

I did find some goodies while on the road that would fit in my car, however. 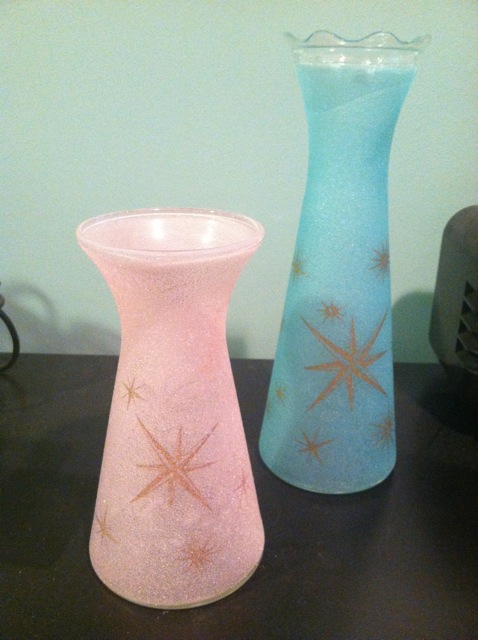 The pink one I already had, but now he (she? it?) has a turquoise friend. 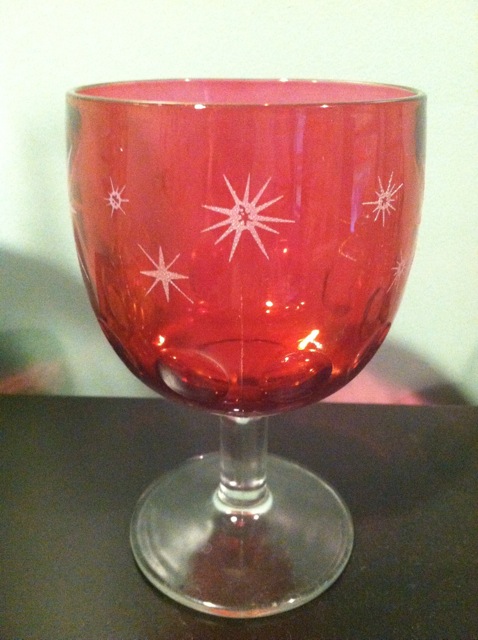 This was red to match my kitchen and had starbursts.  How could I say no?

And now for my favorite find.  I had a mini freak-out in the store when I saw this thing. 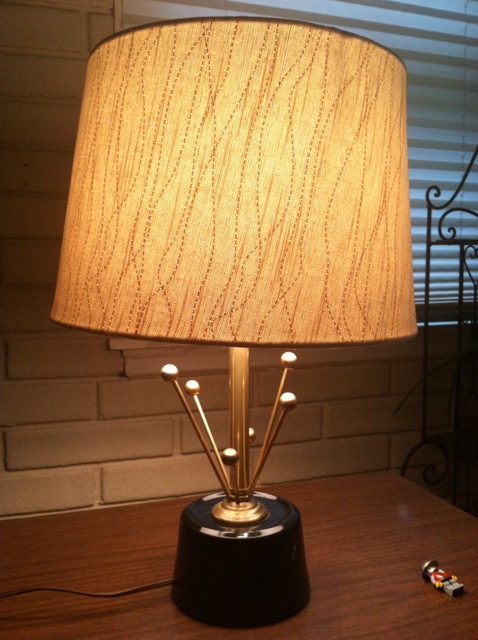 (Yes, um, ignore the Lego guy.  He was not part of my antique store finds.  However, if I were to open up a Lego shop, I think I’d have a complete inventory.)

The shade isn’t original; the shade that was on there had been ruined by someone who glued some tulle around the bottom of it, making it look like some sort of whacked-out poodle lamp.  I tried removing the tulle but it had simply been on there too long.  The shade, however, was one I found at Target a few months ago and had purchased for its retro styling, but I didn’t have a lamp to put it on.  Shade, meet lamp.  Lamp, meet shade.  The shade doesn’t fit very snugly — it’s pretty wobbly and sort of crooked even in this picture — but until I can think of a fix for that, I’ll enjoy it just the way it is.