A few years ago, while I was discovering my love of retro design, I also began to appreciate music from the 40s and 50s.  I had always been a fan of the “oldies,” as I became an Elvis fan in my early teens, and I frequently made mixed tapes of oldies that I’d play as my friends and I would cruise around town.  No, it wasn’t the “hot” music, but it was unique, and we had fun singing along to Elvis and many others.

My parents had XMRadio in their cars, and I would set the radio stations to the 1940s station whenever we’d be traveling around during visits.  I was drawn to the simple ballads that I’d hear on that station, including a group that I never realized the name of before:  the Ink Spots.

I had heard their music before, but never realized who they were.  For example, I thought of the opening scene of the Shawshank Redemption, where Andy DuFresne is sitting in his car with a loaded gun, contemplating murder: 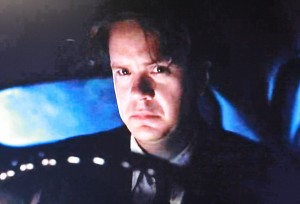 The song that is sweetly playing in the background is “If I Didn’t Care” by the Ink Spots.  Here — take a listen.

Their songs are comprised of simple melodies and even simpler lyrics sometimes.  One song, for example, sings the praises of coffee:

Truth be told, there have been many mornings when I have been tempted to sing the praises of coffee.  However, the Ink Spots beat me to it in 1940.

In this post I had intended to delve into the Ink Spots history and provide a little useful info about this group. After reading several reference pages about them, my reaction was “My God — where would I start?!”  More importantly, where would I end?  That group has had more separations, back stabbing, and betrayal than any modern day rock band.  It was kind of sad, really, to read at how such a simple-sounding band could have so many big world conflicts going on amongst them.  Members left and were replaced, and of course there was the band member who wanted to go solo (Bill Kenny) but didn’t want to totally shove off from the band just yet.  One of the stories I read was about how Bill Kenny accepted an offer from Ed Sullivan to appear on his show with the Ink Spots.  Kenny, who would have rather furthered his solo career, told the Ink Spots that he was appearing as a solo artist and that he couldn’t afford to pay the group.  The group members, who were not  nobodies at that time and were rather successful, obviously were angry about this and broke up.  Kenny, who called his group “Bill Kenny and the Ink Spots,” then appeared as a solo artist on Ed Sullivan, and Sullivan was not happy about the bait-n-switch, and so he billed Kenny last on the show.

What’s even more fascinating is the number of groups that used the Ink Spots name.  Vocalgroup.org claims that in the 1990s, over FORTY groups claimed to be the Ink Spots.  40!  Can you imagine if there were forty groups who claimed to be, say, the Black Eyed Peas?  If the Ink Spots name wasn’t desired, then a mimicry of it could help a guy out as well.  Another break-off from the original group, Deek Watson, formed a group called “Deek Watson and the Brown Dots.”  Hmmmm, Deek.  I see what you did there.  So very different!

Imitation is the best form of flattery, I suppose, and the number of groups trying to use that Ink Spots name just points to how popular their sound really was.  I have come to enjoy their music very much, and it always makes or good background music while working in the kitchen.

2 Replies to “Music for the retro soul: The Ink Spots”