I wrote a few weeks ago about photos from Shorpy that absolutely make me feel lost in imagination and thought.  Sometimes a photographer captures a scene so perfectly, so poignantly, that it is obvious to the viewer that there’s something special in that slice of light and time.  Here are a few of my favorites: 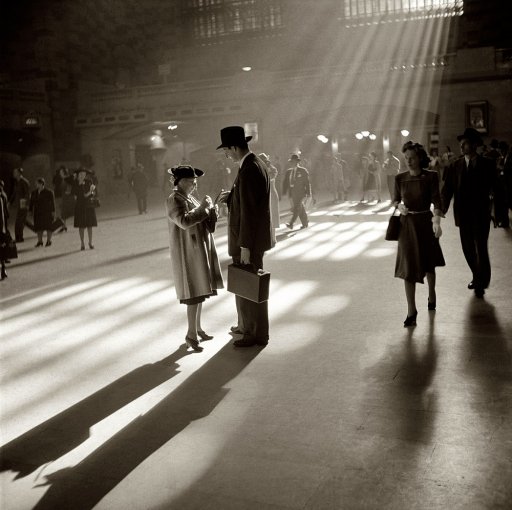 This almost looks like a cut scene from Casablanca, doesn’t it?  Same time frame, so it fits right in.  This was taken in October 1941 at New York’s Grand Central.  The light streaming through those windows seems like a movie special effect — it’s so perfect.  People dressed to be seen glide by, on their way to somewhere or returning from the same.  See the full size here.

In January of 1943, Jack Delano captured this scene in Chicago’s Union Station: 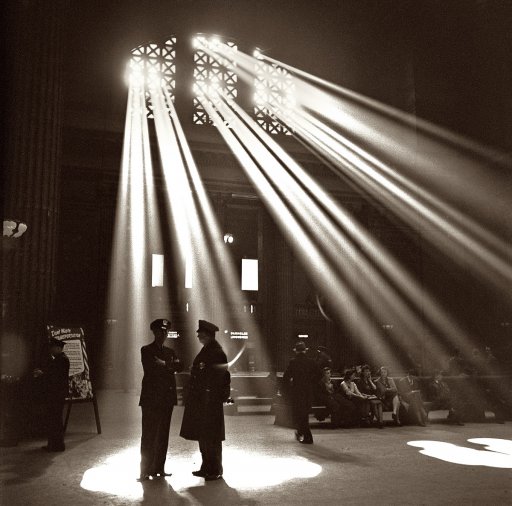 Since high rise buildings kept climbing higher and higher, I’d be surprised if the light is able to shine through those windows today, but wow — what a moment to capture on film!  I liked it so much that I made an 8×10 out of it and hung it in my kitchen.   Full size here.

Then there’s this one, which I also enlarged because I liked it so much: 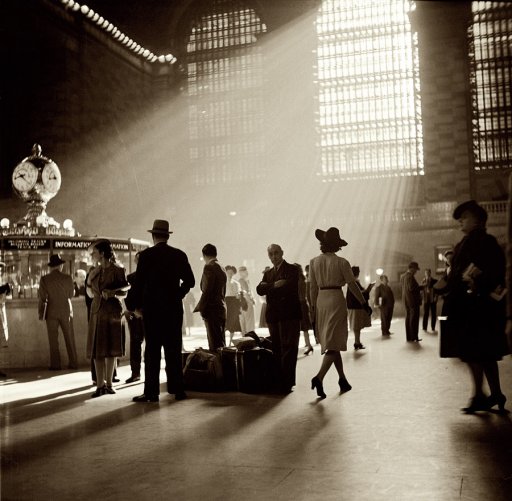 Whether it was intended or not, the woman in white is the focal point of the picture, and the moment where an older man admired her was imprinted on film forever.

One Reply to “Photos that captivate my imagination”