In a post last year, I was feeling rather lustful for some vintage items I saw in a 1958 John Plain catalog.  Lustful?  Is that the right word?  I suppose so — if that word can be used to describe how much one wants an item, human or not. I remember admiring some vintage electric razors that were made just for women.  Here is the shot from the John Plain catalog: 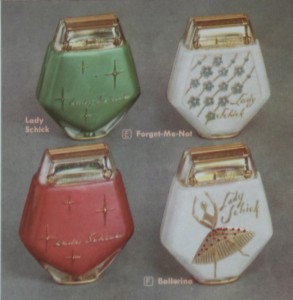 Aren’t they great?  Contrast those with the women’s shavers available today:

Maybe it’s just me, but I’d rather have one with a ballerina on it.

These razors were designed to be beautiful and packaged in order to make the recipient of such a razor feel pampered.  Many of them came in velvet-lined boxes and were sturdy enough to be used as storage for the razor for years to come.  Some other shots of the shavers that I’ve found around the ‘net: 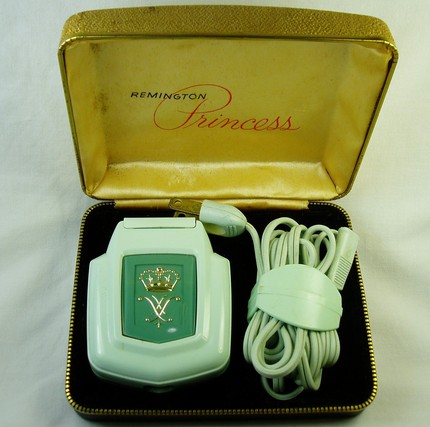 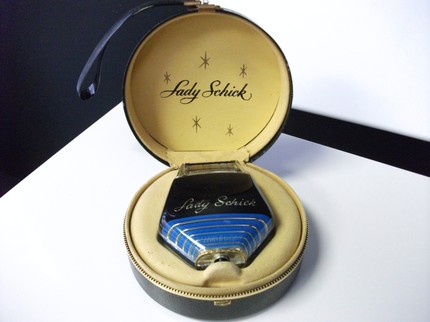 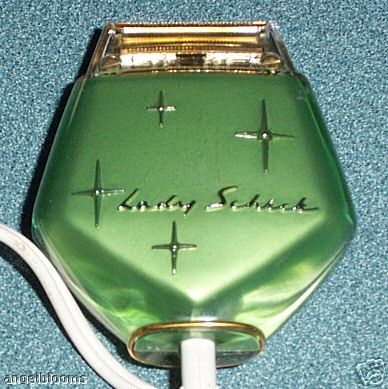 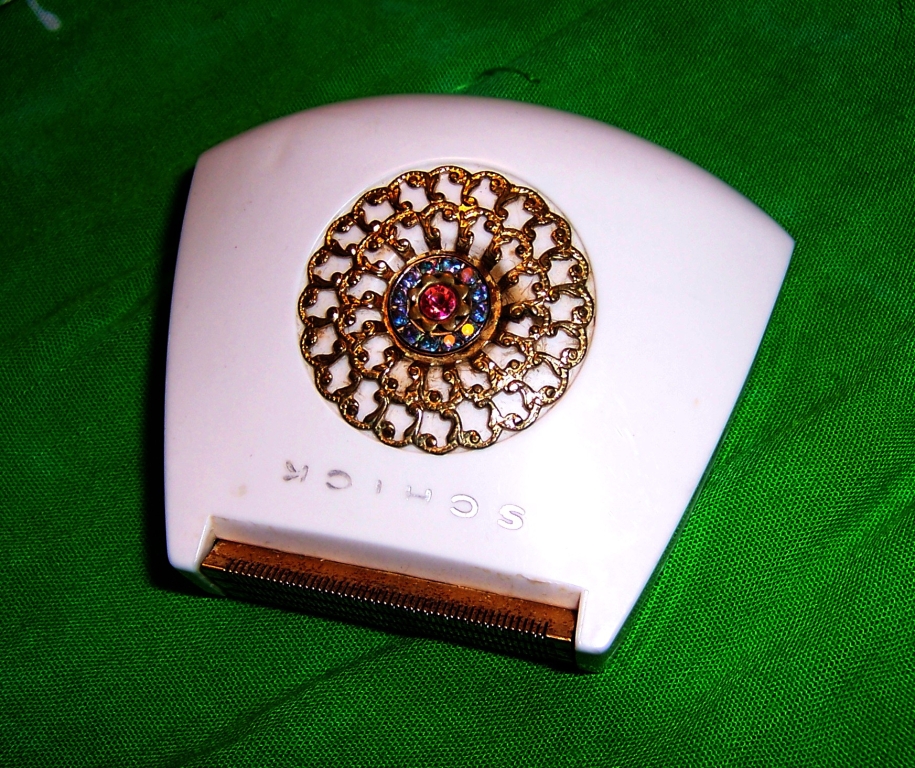 It’s safe to say that the shavers of yesteryear contained an element of design that we just do not see today.  That is why I didn’t take long to snap one up when I saw it offered on Etsy for a great price.  It couldn’t help myself — the thing had a gold design with a glass “jewel” in it, as if it were one that belong to Grace Kelly or someone of her ilk. 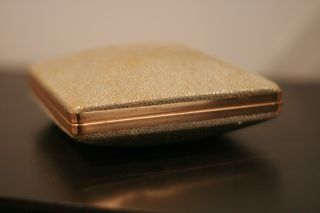 The case, though dusty, is beautiful.  It’s surprisingly slim for a shaver case, but it’s sturdy. 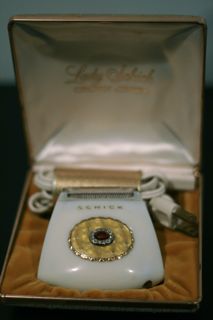 And inside is nestled the shaver and a cord, along with a cleaning brush.  Isn’t it beautiful?  At this point are you wondering if I’ve gone mad, creating an entire post about shavers of yesterday?

But the detail — the gold circle with the little “jewel” nestled in the middle — you just won’t find that on today’s unisex products.  Aside from clothing and accessories, how many products are made to appeal to the girly girls? 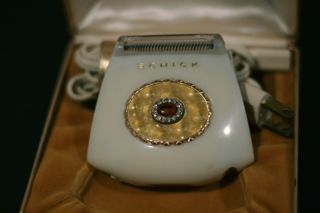 The only thing that could make this better is if that “jewel” were a ruby.

I have tested it and it does indeed work, even if it’s loud enough to wake the entire household if I would use it in the morning before work.  I realized as an afterthought that using a shaver such as this would probably be better for my sensitive skin, as my legs tend to get overly dry and itchy after being shaved by a regular razor.  True, the shave you get is not as close as it is with a razor — you can still feel stubblies here and there — but it gets the job done.  Better yet, no purchasing those ridiculously overpriced razor cartridges.

How do they justify that price, anyway?

One Reply to “The art of being girly”